Revelation and Bible Prophecy
Published 8 days ago |
Soon I may not be able to continue to post on Brighteon, I will
not neet their requirement of 1,000 views after 50 videos are posted.

If you think these Studies are worth reading, go back to the page
from where you had originally clicked on this video, below the Title
click instead on "Revelation and Bible Prophecy". You will see 33
Studies posted so far, you could read Studies that you have
not read yet. (It's totally free)

Or you could simply click on this Brighteon link below:

You could also share the links of these Studies with folks from your Church
or with people who could be interested in Bible Prophecies or Studies. Thank
you for your continuing support and for reading these Studies!


Did you take the mark of the Beast? Did the False Prophet come to your Church?

Revelation 19:20
And the beast was taken, and with him the FALSE PROPHET that wrought
MIRACLES before him, with which he DECEIVED them that had received the
mark of the beast, and them that WORSHIPPED his image. These both were
cast alive into a lake of fire burning with brimstone.

Capital letters were used in the above verse to emphasize the words:
"FALSE PROPHET", "MIRACLES", "DECEIVED" and "WORSHIPPED". Basically the
message the Holy Spirit is conveying in the Book of Revelation is quite clear:
those who have received the Mark of the Beast were deceived by the false prophet
working miracles, to worship the beast under the cover of a conterfeit religious
Cult presented as the worship of God.

In regards to the buy and sell aspect of the Mark of the Beast, the Apostle Peter
unveiled for the Church, that Christianity will have False Teachers making
"Merchandise" of deceived devotees.

2 Peter 2:
1 But there were false prophets also among the people, even as there shall be
false teachers among you, who privily shall bring in damnable heresies, even
denying the Lord that bought them, and bring upon themselves swift destruction.
2 And many shall follow their pernicious ways; by reason of whom the way of truth
shall be evil spoken of.
3 And through covetousness shall they with feigned words MAKE MERCHANDISE OF YOU:
whose judgment now of a long time lingereth not, and their damnation slumbereth
not.

The Gospel of Matthew described the buy and sell of Oil (symbolizing Anointing),
a commerce of spiritual Nature, involving the Foolish Virgins and greedy religious
Leaders. Matthew reported in the Parable of the ten virgins, that the wise told
the foolish ones to go to those that sell and buy for yourselves.

Matthew 25:
8 And the foolish said unto the wise, Give us of your oil; for our lamps are
gone out.
9 But the wise answered, saying, Not so; lest there be not enough for us and
you: but go ye rather to them that SELL, and BUY for yourselves.
10 And while they went to buy, the bridegroom came; and they that were ready
went in with him to the marriage: and the door was shut.

The Mark of the Beast is a spiritual Mark, with a False Prophet who got rich
fleecing the Sheep, deceiving them with lying Signs and Wonders and causing
them to be anointed with the Spirit of the Devil.

Did you take the Mark of the Beast? Did the False Prophet come to your Church?
Today you will have the Opportunity to see and hear a famous False Prophet in
action, imparting the Devil's Anointing to a Christian Congregation. While
deceiving a multitude of Believers and pretending to speak in Tongues, in the
video this well known TV "Evangelist" very clearly said 3 Times:

"Take the Mark of the Beast."

Play this YouTube Video starting at at the time Frame 8:35 up to 10:22, see it
with your own eyes and hear it with your own ears:

The views and opinions expressed in this video do not necessarily represent the views of Brighteon or its affiliates.
Related videos
01:31:07 Eastern US Hit With record Heat - Crops Mold
We The People Speak
167 views
57:08 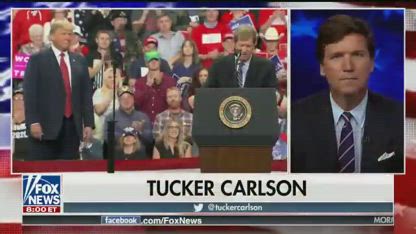