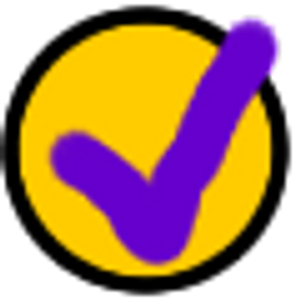 "That [mRNA] sequence that's in the vaccine is very different from the [mRNA] sequence in the virus. Even though it codes for almost the same protein....They have specially designed it, optimized it [mRNA vaccine] to...make it resistant to being broken down. They have packaged it up with polyethylene glycol which glues it in so that enzymes can't get at it...." ~ StephanieSeneff.net

"The mRNA vaccines are an EXPERIMENTAL gene therapy with the potential to incorporate the code for the SARS-CoV-2 spike protein into human DNA. This DNA code could instruct the synthesis of large numbers of copies of proteinaceous infectious particles, and this has the potential to insert multiple false signals into the unfolding narrative, resulting in unpredictable outcomes." ~ Seneff et al.

In "May 2021, in collaboration with Dr. Greg Nigh, Dr. Stephanie Seneff published an article titled Worse Than the Disease: Reviewing Some Possible Unintended Consequences of mRNA Vaccines Against COVID-19. In that paper, they accurately predicted that genetic Covid shots would cause a wide range of both acute and long-term pathologies, such as blood disorders, neurodegenerative diseases, cancers, and autoimmune diseases." ~ The New American

Book Title: Toxic Legacy, How the Weedkiller Glyphosate Is Destroying Our Health and the Environment

Stephanie Seneff, PhD, MIT Senior Research Scientist "...we felt the [mRNA] vaccines would drive the emergence of variants that would be resistant to the vaccine and that is exactly what is happening with the Delta and Omicron variant. We predicted that vaccinated people would get lots and lots of different symptoms that would be across a broad range of possibilities...We predicted neurological disease in particular and autoimmune disease because the vaccine drives you to produce extremely high levels of antibodies to the spike protein...."

Biography: Stephanie Seneff, Ph.D. at StephanieSeneff.net, has an Electrical Engineering and Computer Science degree from MIT. She is a Senior Research Scientist with the MIT Computer Science and Artificial Intelligence Laboratory with over 170 published articles. Her degrees also include a B.S. in Biophysics (1968) and M.S. / E.E. in Electrical Engineering (1980). Seneff is the author of Toxic Legacy: How the Weedkiller Glyphosate Is Destroying Our Health. She is a prolific wealth of data on glyphosate, autism, sulfur and methylation gleaned from her data-mining of medical and research databases.