** ELECTROPORATION: The application of an electric current to a living surface (such as the skin or a cell membrane) in order to open pores or channels through which something (such as a drug, DNA or Micro/Nanocontaminants) may pass.

** 5G technology also uses the pulsed mechanism of electroporation, and the Wuhan/Coronavirus outbreak is in the same area that 5G was introduced in China. DNA damaging vaccines will be mandatorily introduced worldwide. 5G pulsed waves enable any pollutants to penetrate the body more easily and give the appearance of a viral infection.

Companies and labs around the world are racing to get a mRNA vaccine for the virus into human testing. These include the US mRNA giant Moderna and Inovio Pharmaceuticals. However, it’s unclear who’s the most advanced at present. This whole thing is a hoax, another fake pandemic is on the way. This is all about the vaccines!

** S.M.A.R.T. – Secret, Militarized, Armaments in Residential, Technology. 5G is SMART Technology - THE GLOBALIST’S ULTIMATE KILLING MACHINE - https://www.brighteon.com/89975c73-7733-4d43-8aee-e92af4710717
** Agenda 2030
** All of what we see happening in the world of part of greater plans called The Agenda 21, Agenda 2030 and Vision 2050.
These are the United Nations plans to depopulate the planet from 7.5 billion down to 500 million and rule humanity under a Communist one world government by the year 2030. The Globalists want to:
• Abolish Patriotism/Nationalism
• Abolish all Private Property
• Abolish Inheritance Law and the Right to Bear Arms
• Abolish the Nuclear Family
• Destroy the Nation’s States, Establish a Communist World Government without national boundaries. A world government will give the Globalists absolute control over all the world’s resources & population,
• Track all people with Implants to have total control over us.
Keywords
ElectroporationEconomicCovidCoronavirusWuhanMicrowavesTerroristsPopulation ControlSMARTVirusDeep StateGlobalistNIHWHOGenocideVaccinesChinaHoaxEugenicsFearHealthScienceCDC5GUN

The views and opinions expressed in this video do not necessarily represent the views of Brighteon or its affiliates.
Related videos
21:40 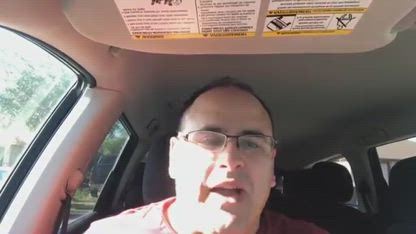 Another Chapter on Freedom from Dominion and Authority Doctrines
The Portal
36 views
10:54