SERGEANT MAJOR'S TRUTHER INFO
Published a month ago |
Donate
Del Bigtree is sharing "leaked" confidential videos from a W.H.O. (World Hell Organization) closed door meeting. They themselves say that doctors only get 4 hours of vaccine training in their entire 20 plus years of education, and one-third of doctors are now ANTI-VAXERS, that do not vaccinate themselves or their own children. TRUTHERS are ANTI-VAXERS! Conscious Beings are ANTI-VAXERS. The anti-vax movement has been growing at 500% because THE TRUTH MOVEMENT research shows that vaccines are very dangerous, and do not prevent viruses. In fact viruses are not living organisms, they can not be prevented or cured with vaccines (they are exosomes), and they can not be treated with antibiotics. The Globalists are very worried about not being able to push their Vaccine Programs as part of the New World Order Agenda, UN Agenda 21, and UN Agenda 2030, because people are Waking Up too fast right now. The simple fact is IF VACCINES ACTUALLY WORKED, NON-VACCINATED PEOPLE ARE NOT A THREAT TO THE "VACCINATED" SHEEPLE. The Unconscious vaxers want the Conscious anti-vaxers to get stuck too, so they can feel better about their decision to beLIEve & trust in Government. This is why the W.H.O. pushed the COVID-19 PLANDEMIC (aka False Flag Event) now, and they hope to push Mandatory Vaccinations AS SOON AS POSSIBLE before too many people WAKE UP, become CONSCIOUS ANTI-VAXERS, Wake Up others that also become Anti-vaxers, and most people REFUSE TO GET VACCINATED! Science is Fake, Science is a Religion, Science is Science Fiction. The Science is not settled, it is FAKE. Don't Be Blinded By Science!!! DO NOT GET VACCINATED FOR ANY REASON. Just say "NO, I DO NOT CONSENT."

THE PROTOCOLS OF THE LEARNED ELDERS OF ZION - 1903 (AUDIO BOOK)
https://www.bitchute.com/video/by1qH8USRQ1D/

"The 5 Rules to AWAKENING: Rule #1 - Everything you were ever taught is a lie by design; Rule #2 - governments lie 100% of the time, they always have, and they always will; Rule #3 - the Illuminati controlled mainstream media is not reality, but rather is lies, disinformation, half-truths, & fake events carried out by gov/media hired crisis actors (aka role players); Rule #4 - Spirituality & Reincarnation are reality, whereas religions are simply government crowd control measures; and Rule #5 - this plane(t) called earth is a flat, motionless plane, it is not a spinning ball hurling through outer space. Furthermore, the 4 Sources of Disinformation that are ALWAYS FAKE: government, mainstream media news, matrix sciences, & religions." -- Sergeant Major
Keywords
COVID19CoronavirusAnti-vaxDel BigtreeGlobalismFreemasonryWHOIlluminatiUN

The views and opinions expressed in this video do not necessarily represent the views of Brighteon or its affiliates.
Related videos
18:11 I hope Democrats enjoy the new election "ad" I created for them!
NewsClips
4223 views
11:02 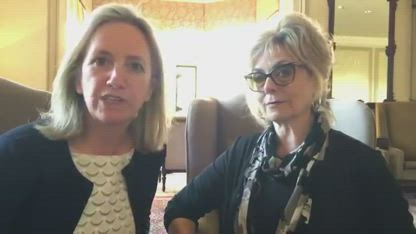 Live with Deborah Tavares on the NWO, 5G and climate control
What is happening
229 views
4:31