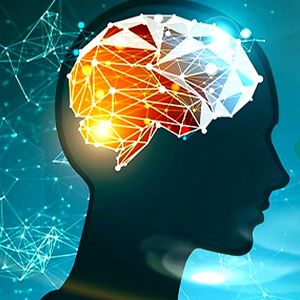 Think While Still Legal.
Published 2 years ago |
EUROPE
- THE LAST BATTLE -
*Pay closed attention of how powerful is the Mainstream Media (proganda) same tactics, plus today's technology as what is happening now*
Part 4:

Hitler made several documented attempts in an effort to avoid World War II, however each of these peace offerings were flatly and universally rejected by those who stood to gain from a war with Germany:

* 17 May, 1933, Hitler delivers a speech declaring that Germany is willing to disarm if the neighboring countries would reciprocate.

The proposal is rejected.

* 18 Dec., 1933, Hitler submits a six point proposal for the improvement of international relations.
* 26 Jan., 1934, Hitler completes a non-aggression pact with Poland.
* 21 May, 1935, Hitler makes another attempt to avoid the growing possibility of war.

* 18 Jun., 1935, Hitler negotiated a Naval agreement with Great Britain in which it was stated that Germany was to have a naval strength limited to 35% of that of the British Navy.
* 31 Mar., 1936, Hitler formulates a comprehensive plan for peace.
* 6 Dec., 1938, Hitler instructs the German Foreign Minister to make an agreement with France.
* 23 Aug., 1939, Hitler signs the German-Soviet Nonaggression Pact.
* 3 Sep., 1939, Great Britain and France declare war on Germany followed by India, Australia and New Zealand.

Several more countries soon follow.
* 6 Oct., 1939, after war had been declared on Germany, Hitler makes a speech, stating in part, “I do not believe that there is any responsible statesman in Europe who does not in his heart desire prosperity for his people. But such a desire can only be realized if all the nations inhabiting this continent decide to work together.

To assist in ensuring this co-operation must be the aim of every man who is sincerely struggling for the future of his own people.“ In a 1941 radio broadcast in Berlin, Hitler stated, in part:
"This conspiracy of democratic Jews and Freemasons dragged Europe into war two years ago.

Arms had to decide. Since then a struggle has been taking place between truth and lies and, as always, this war will end in the victory for truth. In other words, whatever lies British propaganda, international world Jewry and its democratic accomplices may concoct they will not change historical facts. And it is a historical fact that for two years now Germany has been defeating one opponent after another.

I did not want it. Immediately after the first conflict I again held out my hand. I have been a soldier myself and I know how difficult it is to win a victory. My hand was rejected. And since then we have seen that each peace offer was immediately exploited by the warmonger Churchill and his confrères so that they could say it was proof of our weakness."
Keywords
propagandatruthhitlerjewishjewswargenocideusanwomsmeuropebankinginternationalbritishgermanyziondocumentary12westernadolffreemasonsjewrysswafen