Trooper Buddy
Published a year ago |
Period - 1932 – 1933
Country - Soviet Union
The Holodomor (Ukrainian: Голодомо́р) was a man-made famine in Soviet Ukraine in 1932 and 1933 that killed an officially estimated 7 million to 10 million innocent lives (other estimates range as low as 2.5 million). It was part of the wider Soviet famine of 1932–33, which affected the major grain-producing areas of the country.
Observations Considered genocide by 25 countries
https://alchetron.com/Holodomor

The debate on how many Ukrainians died as a result of the Holodomor famine of 1932-1933 rages on. The Ukrainian website likbez.org.ua, a joint project of Ukrainian professional historians as well as journalists to popularize Ukrainian history and debunk historical myths and propaganda, gives a short review on why the number of losses from the Holodomor one can encounter is so diverse, of which we offer an adapted translation to English.

The main issue being disputed is the number of people that died from starvation – it ranges from 1.8 to 15 million people. There is one point that parties from all sides agree with: establishing the precise amount of the dead is impossible.
This is conditioned by the very nature of the crime and the poor work of the state registration offices in the Ukrainian SSR during 1932-1933. Therefore, this post will focus on the different estimates of losses and their justification.
The analysis is based on the assumption that the amount of those that died from starvation is calculated as the difference between the overall number of deaths and the “usual” background mortality that would have existed had there been no hunger. Neither the civil registrars nor the General Political Directorate of the NKVD carried out special estimates of the number of deaths caused by the Holodomor.
We made the following classification of factors conditioning a specific assessment of losses:

1. Personal impressions of the contemporaries of the famine
They were formed under the influence of what people saw with their own eyes and heard from direct witnesses. The figures named differed significantly. It could be “10 or 15 million souls,” as the Italian Consul Sergio Gradenigo wrote in a letter dated 31 May 1933. And 18 million, of which the head of the choir “Dumka” Nestor Gorodovenko privately spoke of in August 1934. The figure of 7 million was also named, written by Kharkiv electromechanical plant worker Yakiv Sapsai, and which, as strange as it may sound, the proponents of this figure today use as an argument.

2. Versions-impressions in public statements
They were typical of western countries in the years chronologically proximate to the famine years. Such estimates were usually made on the basis of reports from the USSR. Despite mentions of the famine beginning to appear in the foreign press back in February 1933, the first specific public estimate of losses was made in early July 1933 by Richard Sallet, Harvard graduate and teacher of political science at Northwestern University. In a brief article in The New York World Telegram he voiced the figure of 10 million. Smaller figures were also voiced right after the events – from 1 to 5 million. Moreover, there were even figures that denied any losses whatsoever. As an example of this approach, we can recall the position of New York Times correspondent Walter Duranty https://youtu.be/XwkBRP1Bm6A and the former French prime minister Edouard Herriot. In fact, it is through this kind of public denial of deaths from the famine made by authoritative persons and sympathy for Communism in western society that the problem of the Holodomor soon disappeared from public debate in the West. The diversity of the estimates of the demographic loss also played a negative role in this.
Continue reading...
http://euromaidanpress.com/2016/11/27/holodomor-victims-death-toll-stalin-famine-ukraine-estimates/

“We owe it to the victims of the Holodomor and other genocides to be truthful in facing up to the past”.
https://www.museumofcommunistterror.com/single-post/Holodomor

The views and opinions expressed in this video do not necessarily represent the views of Brighteon or its affiliates.
Related videos
4:27 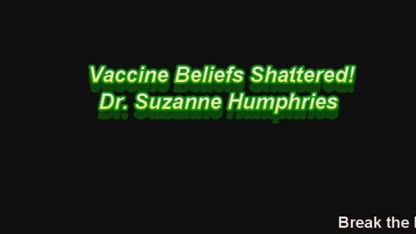 The Evil Of Communist China Is Infiltrating Every Level Of Technology And Software
InfoWars - Alex Jones Channel
1360 views
44:45 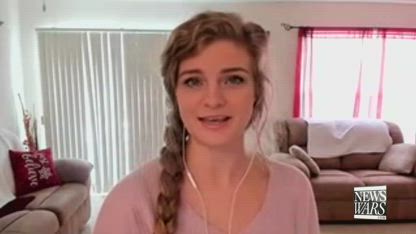