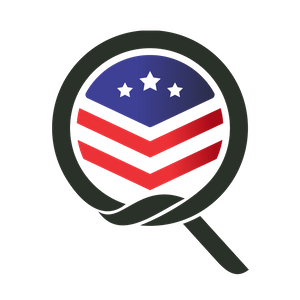 QanonFAQ
Published 2 years ago |
What is adrenochrome?

Adrenochrome is a chemical compound with the molecular formula C9H9NO3 produced by the oxidation of adrenaline (epinephrine). The derivative carbazochrome is a hemostatic medication.

There is a theory that the cabal frightens victims during abuse rituals and drinks the blood with increased adrenaline in it. It is an addictive drug.

Author Hunter S. Thompson mentioned adrenochrome in his book Fear and Loathing in Las Vegas. The adrenochrome scene also appears in the novel's film adaptation. In the DVD commentary, director Terry Gilliam admits that his and Thompson's portrayal is a fictional exaggeration. In fact, Gilliam insists that the drug is entirely fictional and seems unaware of the existence of a substance with even a similar name. Hunter S. Thompson also mentions adrenochrome in his book Fear and Loathing on the Campaign Trail '72. In the footnotes in chapter April, page 140 he says, "It was sometime after midnight in a ratty hotel room and my memory of the conversation is haze, due to massive ingestion of booze, fatback, and forty cc's of adrenochrome."
The harvesting of an adrenal gland from a live victim to obtain adrenochrome for drug abuse is a plot feature in the first episode "Whom the Gods would Destroy", of Series 1 of the British TV series Lewis (2008).[10]
In Anthony Burgess' 1962 novel A Clockwork Orange, "drencrom" (presumably the Nadsat term for adrenochrome) is listed as one of the potential drugs that can be added to Moloko Plus (milk laced with a drug of the consumer's choice) at the Korova Milk Bar.
In Fear The Walking Dead season 3 episode 14, "During the show, Nick and Troy took a very strange drug. It was described as an actual human brain stem that contained chemicals from the adrenal gland."

If you would like personal access to me and our private group to get coaching on "The Great Awakening" process such as sharing with family and friends, research, and emotional support, consider becoming a patron here https://www.patreon.com/user?u=323878...