Revelation and Bible Prophecy
Published 3 months ago |
Revelation 3:5 to 6: He that overcometh, the same shall be clothed in white
raiment; and I will not blot out his name out of the book of life,
but I WILL CONFESS HIS NAME BEFORE MY FATHER, AND BEFORE HIS ANGELS.
He that hath an ear, let him hear what the Spirit saith unto the
churches.

The problems the Early Church was confronting, are practically
not existing in the democratic society where the great majority
of Christians is living today. So Most Christians of our time do
not grasp at all the meaning of the above verse Revelation 3:5.
Times have changed so much, this is making it extremely
difficult to comprehend the original meaning of the Gospel.
Who is the one in this verse the Lord Jesus Christ will confess
the name?

Lk:12:8 - 9: Also I say unto you, Whosoever shall confess me
before men, him shall the Son of man also confess before the
angels of God: But he that denieth me before men shall be
denied before the angels of God.

Nowadays it is so easy to confess Jesus is Lord that
unscrupulous Evangelists do it on TV to prey on the Sick
and the Elderly. Believe it or not, in the beginning this
was not such an easy thing that anyone could do!

Jn:9:22: These words spake his parents, because they FEARED
the Jews: for the Jews had agreed already, that if any man
did confess that he was Christ, he should be put out of the
synagogue.

Jn:12:42 - 43: Nevertheless among the chief rulers also many
believed on him; but because of the Pharisees they did not
confess him, lest they should be put out of the synagogue:
For they loved the praise of men more than the praise of God.

The religions Leaders of the Jews started with the threat that
anyone who confessed Jesus was Christ should be put out of the
synagogues but this would later evolve into a full-fledged
Persecution. After the Resurrection of Christ, His first
believers who were living in the Jewish society, were
taken out or their homes and stoned to death for confessing
that Jesus is the Messiah. At this time it took superhuman
courage and strength to confess that Jesus is Lord. All
those who were suspected of professing the Christian
Faith were persecuted, and many believers simply fled
and left the holy Land. A great number of these early believers
of Jesus was captured, jailed and tortured. Those who refused
to blaspheme and still confessed that Jesus is the Son of God,
were simply killed. The name of Jesus made the difference
between those who were put to death and those who were kept
alive. All Believers who confessed that Jesus Christ of
Nazareth is the Savior were simply killed. The Persecution
of the Church started in Israel but after a time, Martyrs
of Christ were also slaughtered for their confessions
throughout the Roman Empire. "And they overcame him by the
blood of the Lamb, and by the word of their testimony; and
they loved not their lives unto the death."

1John:4:15: Whosoever shall confess that Jesus is the Son of God,
God dwelleth in him, and he in God.

Romans 10:9- 10: That if thou shalt confess with thy mouth the
Lord Jesus, and shalt believe in thine heart that God hath
raised him from the dead, thou shalt be saved. For with the
heart man believeth unto righteousness; and
with the mouth confession is made unto salvation.

The views and opinions expressed in this video do not necessarily represent the views of Brighteon or its affiliates.
Related videos
4:08 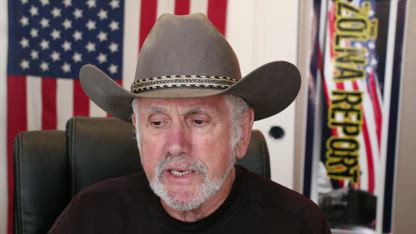 Lisa Murkowski Was A No Vote On Kavanaugh!
zolnareport.com
96 views
7:29 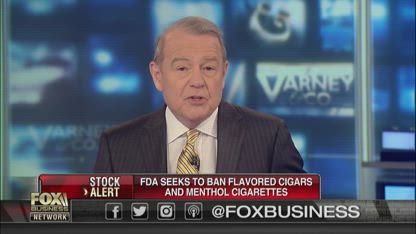 Tucker: How the left lost the Kavanaugh fight
NewsClips
783 views
7:52