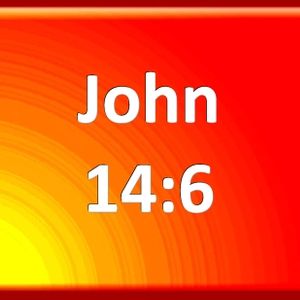 Follows TheWay
Published 2 years ago |
UPDATE Sept 9, 2020 245pm Central time.
Someone decided (unwisely) to try to censor or hide the beam.. putting a black line of censorship over the beam in the hopes to make it "disappear" into the background.

Slight problem with that.. the people who did the censoring chose the wrong shade of black.. they chose pure black.. but the satellite live view is more of a grey black .. whoops! Now you can see a black line of censoring over the beam . Epic fail.

Instead of hiding it like they were hoping.. now it stands out even more.

Trying to hide it? That's the worst thing anyone could have done.

If I did this.. deliberately hid things which are controversial with black lines ... everyone would freak even the professors who don't agree would say I was altering the data.

In the world of science you NEVER ALTER THE DATA... if you get caught altering the data... you're done for.

They just got caught altering the data.

Another way to look at it........ if it was just a mistake or glitch.. why try to hide it instead of just publicly say its a glitch of some kind??????

In my past experience, when people try to hide something unexpectedly found, it is usually a sign of guilt or a sign of nefarious actions. In my opinion, now that someone is trying to hide the beam.... this is a greater sign of a directed energy weapon.... why would anyone go to the trouble of TRYING TO HIDE a glitch????
_____

Day 2 of DEW's . Another beam has been detected in a different location coming down from outer space .. out above the ocean off the coast of California tonight! The beam going directly into a new fire that just started in Oregon.

Thanks again to animattronic for brightening this and adding color saturation to make this 2nd round of beams more easily visible to all viewers on all devices!!!
______
Here is a short color enhanced version of what is happening currently tonight (September 9, 2020).

A beam is seen again tonight.. this time coming from a new spot .. coming from up in space off the coast of California, beaming down to a NEW FIRE location in Oregon.

Then.. the beam suddenly shuts off.. and a red flash is seen next to it down below (maybe the satellite was taken out)

look now! live view: https://weather.cod.edu/satrad/?parms=subregional-SanFran-06-200-0-100-1&;checked=map&colorbar=undefined
_
A flash can been seen to the right of the beam origin point out in the ocean West of California... likely up above the ocean in space...

Then the beam suddenly shuts off.

This proves its not the fire causing a reflection... since the fire keeps going just as bright even after the beam suddenly shuts off.

Christians ought to download and prove the following out with their Bible while there is still time (prove it wrong, if you can):

Prove all things; hold fast that which is good. (1Thess 5:21)
Keywords
agenda21dewdutchsinse