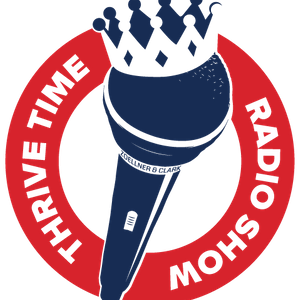 Who Is the Man Leading the COVID-19 / Great Reset Agenda?
Yuval Noah Harari

(Yuval Noah Harari is often referred to as “the prophet.” He a the Israeli vegan, openly gay, pro-transhumanist who is obsessed with rejecting the God of his fathers and turning humans into gods. He is the lead advisor to Klaus Schwab and is praised by Barack Obama, Mark Zuckerberg, Bill Gates, Silicon Valley, the New York Times, TED, Stanford, Harvard, the World Economic Forum, James Corden, Natalie Portman, etc.) According to World Economic Forum luminary and historian Yuval Noah Harari, the transition to “digital dictatorships” will have a “big watershed” moment once governments start using “surveillance under the skin.”

The Biden administration asked Congress for $6.5 billion to fund a new biomedical research agency which would merge “national security” with “health security” in such a way as to use both physical and mental health “warning signs” to prevent outbreaks of disease or violence before they occur.

Such a system is a recipe for a technocratic “pre-crime” organization with the potential to criminalize both mental and physical illness as well as “wrongthink. This agency was to be largely guided by Biden’s confirmed top science adviser, ERIC LANDER. LANDER formerly the head of the Silicon Valley-dominated Broad Institute, has been controversial for his ties to eugenicist and child sex trafficker JEFFREY EPSTEIN.
https://cen.acs.org/policy/Eric-Lander-resigns-Bidens-science/100/i6

What Did Yuval Noah Harari Say?
Yuval Noah Harari is a lead advisor for Klaus Schwab. Klaus Schwab is the author of COVID-19 / The Great Reset and the founder of The World Economic Forum. Klaus Schwab and the World Economic Forum Are Implementing "The Great Reset." Yuval is praised by the likes of Klaus Schwab, Barack Obama, Mark Zuckerberg, and Bill Gates, who reviewed Harari’s latest book on the cover of the New York Times Book Review. Harari speaks at the World Economic Forum at Davos, New York Times, Stanford, TED, and TimesTalks. At the time of this writing, his books occupied the top two slots on the New York Times’ nonfiction best-seller list. - READ - https://slate.com/culture/2018/11/yuval-noah-harari-sapiens-facebook-silicon-valley-hollywood.html
Keywords
disneyclay clarkthrivetime showwokism