The Man in the High Castle is an alternate history novel by American writer Philip K. Dick. Published and set in 1962, the novel takes place fifteen years after a different end to World War II, and depicts intrigues between the victorious Axis Powers—primarily, Imperial Japan and Nazi Germany—as they rule over the former United States, as well as daily life under totalitarian rule.

The Man in the High Castle won the Hugo Award for Best Novel in 1963. Reported inspirations include Ward Moore's alternate Civil War history, Bring the Jubilee (1953), classic World War II histories and the I Ching (referred to in the novel). There is a "novel within the novel", an alternate history within the alternate history where the Allies defeat the Axis (though in a manner distinct from the real-life events of the war).

In the novel's alternate history, US President Franklin D. Roosevelt was assassinated by Giuseppe Zangara in 1934 leading to the continuation of the Great Depression and US isolationism during the opening of World War II. Adolf Hitler led Nazi Germany to conquer most of Europe and the Soviet Union, murdering Jews, Roma, Slavs, and other groups. Meanwhile, Imperial Japan occupied Eastern Asia and Oceania. The Nazis then, with help of their allies, conquered most of Africa. As Japan invaded the US West Coast, Germany invaded the US East Coast. By 1947, the US and the remaining Allies surrendered to the Axis, ending the war.

By the 1960s, Imperial Japan and Nazi Germany are the world's competing superpowers, with Japan establishing the "Pacific States of America" (P.S.A.) from the former Western United States and the remaining Rocky Mountain States being a neutral buffer zone between the P.S.A. and the Nazi-occupied former Eastern United States. In the East, there are two countries: "The South" is a racist puppet regime which collaborates with the Nazis. The United States of America still exists by name in the Northeast of the former territory and are controlled by a German military governor. For unexplained reasons, Canada remains independent despite being part of the Allies.

Hitler, though still alive, is incapacitated from advanced syphilis, and Martin Bormann has become Chancellor of Germany, with Goebbels, Heydrich, Göring, Seyss-Inquart (who oversees the extermination of the peoples of Africa), and other Nazi leaders soon vying to take his place. The Nazis have drained the Mediterranean to make room for farmland, developed and used the hydrogen bomb, and designed rockets for extremely fast travel across the world as well as space, having colonized the Moon, Venus, and Mars. The novel is set mostly in San Francisco. Here, Chinese residents first appear in the novel as second-class citizens and black people are slaves. The secondary setting of the novel is the Rocky Mountains States, namely the cities of Cañon City, Denver and Cheyenne.

The views and opinions expressed in this video do not necessarily represent the views of Brighteon or its affiliates.
Related videos
2:53 Burn A Bay Leaf In Your Room And You Will Be Surprised With The Result
Quick Treatment, Fast Result
333 views
6:31 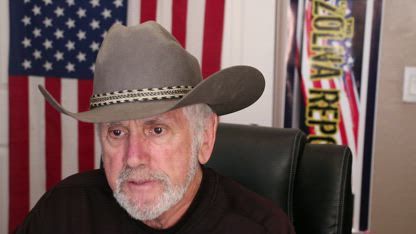