SERGEANT MAJOR'S TRUTHER INFO
Published 8 days ago |
Donate
Since about the late 1990s, orbs have been clearly filmed making crop circles three times to date. There have been literally hundreds of "real" crop circles made since the first known one was documented back in England in 1974, but it is very rare to ever catch their creation in action. Disinformation TV PROGRAMMING shows still claim that humans make them, and they have had a few hoaxers attempt to make them a few times, but the "fake" crop circles look or act nothing like the real ones. The term CROP CIRCLES was said to have been first coined by Colin Andrews in the early 1980s. The orbs, balls of light, light beings, plasma balls, drone crafts, ETs, Interdimensional Beings, Extradimensional Beings, UFOs, or whatever you want to call them can make an entire, elaborate crop circle in seconds. The orbs come from larger crafts that normally look like flying saucers, that also often glow in the night skies. The crop circles are normally made at night, or during the twilight hours early in the morning or late in the afternoon. TRUTHERS that study crops circles are called CEREOLOGISTS and the study itself is called CEREOLOGY.

Note: The Earth is definitely Flat & aliens/UFOs are definitely Real. If you are not fully awake to both of these Truths, then you are not yet CONSCIOUS. What real Truthers now are doing is digging into the connecting dots. Are the ETs all inter-dimensional beings and/or is the earth located on an infinite plane with many more worlds out past the ice walls? Don't be a half awake flat earther that thinks ETs/UFOs are not real, and don't be a half awake ufologist that thinks we live on a spinning ball hurling through outer space. Time to FULLY WAKE UP people & stop fighting each other!!! Follow research, not people.

"The 5 rules to AWAKENING: Rule #1 - Everything you were ever taught is a lie by design; Rule #2 - governments lie 100% of the time, they always have, and they always will; Rule #3 - the Illuminati controlled mainstream media is not reality, but rather is lies, disinformation, half-truths, & fake events carried out by gov/media hired crisis actors (aka role players); Rule #4 - Spirituality & Reincarnation are reality, whereas religions are simply government crowd control measures; and Rule #5 - this plane(t) called earth is a flat, motionless plane, it is not a spinning ball hurling through outer space. Furthermore, the 4 Sources of Disinformation that are ALWAYS FAKE: government, mainstream media news, matrix sciences, & religions." -- Sergeant Major
Keywords
Interdimensional BeingsOrbsCrop Circles

The views and opinions expressed in this video do not necessarily represent the views of Brighteon or its affiliates.
Related videos
02:07:18 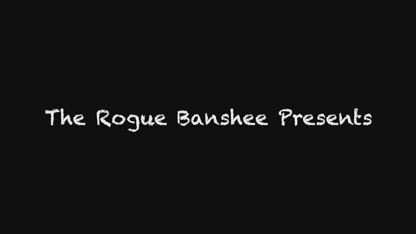