World's Best
Published a year ago |
Russia Has One Weapon the U.S. Army Fears (And Has No Way to Match)

Russia Has One Weapon the U.S. Army Fears (And Has No Way to Match)

The United States was the first to use fuel-air explosives in the Vietnam War, dropping them by air to clear helicopter landing zones and minefields, and later deploying them as offensive weapons. In 2002, attempting to hunt down Osama bin Laden in the rugged mountains of Tora Bora, U.S. aircraft deployed thermobaric warheads on precision-guided missiles. The warheads would suck the oxygen out of the caves that Taliban fighters were hiding in.

The TOS-1 Buratino is a unique Russian self-propelled multiple rocket launcher system (MRLS) that has seen action in global hotspots like Afghanistan, Chechnya, Iraq and Syria. Like the enormous 240-millimeter 2S4 self-propelled mortar, the TOS-1’s specialty is obliterating heavily fortified positions. Although some of these may be found in rural rebel strongholds and fortified caves, they have often been employed in heavily urbanized environments. It’s gained a uniquely nasty reputation because of the horrifying effects of its fuel-air explosive warheads.

TOS stands for “heavy flame thrower,” which is only accurate in a literal sense: instead of projecting a stream of jellied gasoline, the TOS-1 launches a rocket carrying a fuel-air explosive (FAE).

These were first employed by the United States in the Vietnam War because napalm wasn’t destructive enough. Napalm munitions disperse a sticky, flaming liquid over a wide area. By contrast, a fuel-air explosive detonates the very air itself: a small explosive inside the FAE munition spreads a chemical cloud in the air through an aerosol effect. The gaseous cloud seeps effortlessly into buildings and caves, and down into slit trenches. A secondary explosive then ignites the cloud, causing a massive and long-lasting explosion.

The pressure generated by a TOS-1 blast amounts to 427 pounds per square-inch—for comparison, most conventional bomb blasts create roughly half that amount, and regular air pressure is fourteen pounds per square inch. Victims near the center of a TOS-1 blast radius are crushed to death. Further out, the overpressure can break bones, dislocate eyes, cause internal hemorrhaging, and rupture eardrums, bowels and other internal organs. It also sucks the air out of victims’ lungs, possibly causing them to collapse, leading to death by suffocation.

Most of Russia’s artillery weapons use a light armored vehicle chassis like that of the MTLB armored carrier. The forty-six-ton TOS-1, on the other hand, uses the much heavier hull of a T-72 tank. There’s a good reason: the original TOS-1 model only had a range of around three kilometers, meaning it would have to withstand hostile fire from all kinds of enemy weapon systems.

The TOS-1 mounts a launch unit with thirty 230-millimeter diameter rocket tubes. The prominence of the launch unit is what earned it the name Buratino, a long-nosed Pinocchio-like character in a children’s story. The rockets can be fired individually or ripple-fired en masse in the space of six to twelve seconds. The vehicle also mounts a targeting computer and a laser-range finder.

Two types of rockets are equipped: ones with conventional incendiary warheads, and the fuel-air explosives discussed above. The sheer size of the rockets means that the TOS-1 requires not one but two TZM-T reloading vehicles—all-terrain trucks equipped with cranes—each carrying a full additional load of rockets.
Keywords
RussiaUSAwar

The views and opinions expressed in this video do not necessarily represent the views of Brighteon or its affiliates.
Related videos
41:50

STRZOK TESTIMONY WAS A CIRCUS - IS JUSTICE GONE IN AMERICA?
TIME2GETSERIOUS
192 views
02:08:46 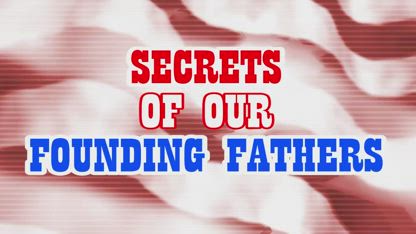