Galactic Connection
Published 2 months ago |
The most abhorrent conspiracy is that against children. No one has done more than Kevin Annett to shine uncompromising light on this uncomfortable subject.

Kevin, a former Jesuit priest, and the International Tribunal for Crimes of Church and State (ITCCS) have demonstrated that the Vatican embodies and protects not just a few bad-apple pedophiles, but has institutionalized ritual child abuse and, in Canada, the US, and around the world, has overseen the mass murder of indigenous tribal children, mainly through Church-run orphanages.

In a set of damning documents re-produced here, Annett proves the State and Church -- hardly 'separate' -- are complicit in these institutions of evil. The List of Exhibits describing these documents will be published on the GC website (will this fit on youtube?)

Together, Church and State -- (several churches and several states) -- render indigenous children "orphans" through a corrupt legal system which strips them from their parents and effectively imprisons them in orphanages. Many of these are better labeled 'concentration camps' and are organized as veritable "killing machines." (For instance, death rates show that housing infected TB victims with the uninfected was not a dumb mistake, but usual practice and policy.)

As Kevin long has shown -- and here backs up with new documentary evidence -- these institutions feed into a larger criminal network involving drug and human trafficking, forced child prostitution, and ritual satanic abuse and murder of children at the highest levels of the Vatican and the "Ninth Circle."

In this wide-ranging interview also Kevin throws penetrating insider's light on the Jesuit pope Bergoglio's superficial attempts at reform, the complexities of Vatican politics, its recent criminal investigations, and its competing internal factions.

Of crucial global importance are Kevin's comments on the Vatican's shifting international relations in a time when its traditional Western allies are crumbling in the face of the Eastern alliances, the BRICS economic pact, the AIIB bank, the Shanghai Cooperation Organization, SCO, the new Silk Road projects, and so on. In particular Kevin's comments on the Vatican's rapprochement with China is of great importance in our quickly changing times.

In these days of Apocalypse ("unveiling", "Revelation") and a last big Syrian battle not far from Megiddo (Armaggedon), it should perhaps come as no surprise to find a Church of the Antichrist in Rome and its collusion on all sides with the Black Nobility. As the Clinton and even Bush crime families crumble, we should keep our eye on these older centers of corrupt power. By turning a steady and unflinching light on the most horrific of their crimes, Kevin Annett has done more than almost anyone else to make sure that 'disclosure' is full and complete, not partial, and that truth precedes reconciliation.

The views and opinions expressed herein are those of person(s) interviewed and do not necessarily reflect those of Alexandra Meadors and Galactic Connection.
Keywords
Vatican FactionsVatican PoliticsNinth CircleChild AbuseSatanic RitualChild-TraffickingVaticanDisclosurePedophilia 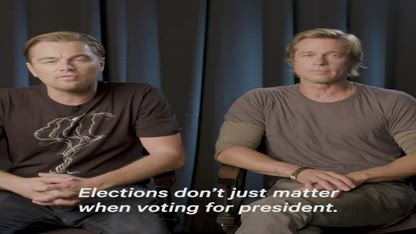 How Light Can Cure or Cause Depression
StillmanMD
68 views