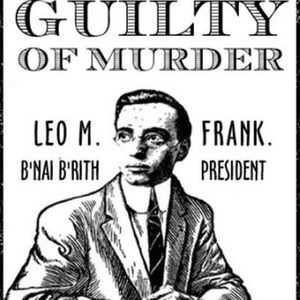 So who is Leo Frank? A powerful Jewish leader who was found guilty in 1913 of raping and murdering a 13-year-old White girl named, Mary Phagan, in Atlanta, Georgia, and got exactly what he deserved, albeit in an unorthodox and non-PC fashion. This is the much-vaunted “victim” of “antisemitism” which the jew ADL has held up for years as the proto-typical “victim” upon which their entire false doctrine of jew victimhood has been grounded upon for over a century now.