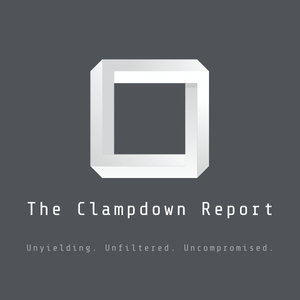 The Clampdown Report
Published a year ago |
Donate
#clampdowntv #Trump #MelaniaTrump
Melania Trump tells friends she has no desire to be First Lady again
As Donald Trump publicly mulls his political future, playing a game of "will he-won't he" in a potential bid for the White House in 2024, all the while flexing influence in primaries for next year's midterms, there is one key person noticeably quiet. Again.
Melania Trump, perhaps the most private first lady in modern history, has retreated more and more from the spotlight since departing Washington last January. She has been seen publicly just once this summer, spotted in July by photographers leaving Trump Tower in New York City, accompanied by her son. Other than that, with the exception of a few Instagram posts from random people who happened to glimpse her in the dining room at Trump's Bedminster Golf Club, Trump -- ever the enigma -- hasn't purposefully set foot in front of a camera.
Last month she returned from her summer sojourn in New Jersey to Palm Beach, Florida, where friends say she will reside fulltime at Mar-a-Lago while Barron Trump attends a private high school. She's giving up the Manhattan life she knew pre-White House, a period of time that granted her as much anonymity as possible for being the wife of Donald Trump.
Melania Trump's disinterest in public political life runs deep enough that she has gone so far as to tell several friends that not only does she not intend to bolster her husband's inflated political ambitions, she has zero desire for a White House redux, according to several people who spoke with CNN about her mindset. "Being first lady again is not what she wants," said one of the people, who had a close relationship with Trump during her White House tenure. "For her, it was a chapter -- and it's over, and that's that."

#workingclassmedia #ramblinggeordie
Working Class Media channel made by the people for the people, hosted by The Rambling Geordie, Marc Bates.
Want to hear News and Opinions without the influence of the Imperialist Media?
Then you're in the right place.
One Love to all.
Cheers
RG
Keywords
white housepresident trumpdonald trumpjoe bidenmelania trumpfirst ladyfirst lady melania trumpjill bidenclampdown tv