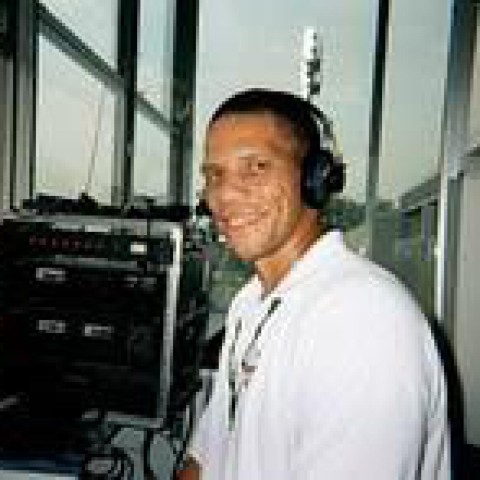 US Sports Radio
Published 2 months ago |
Isn't it refreshing to see football all around once again?
The IFL is in its crescendo and we have the playoff round one honor roll for you right here.
Brought to you By BodyFit by BBcom!

Spaight led the defensive for Massachusetts in the Pirates’ opening playoff matchup against the Bismarck Bucks. Spaight finished the night with six total tackles, 1.5 tackles for loss, and one sack that came late in the second quarter on third down, forcing a field goal try that the Bucks missed wide right. The Pirates scored a field goal of their own on the ensuing possession to go up 17-7 at halftime. Spaight and the Pirates’ defense held the Bucks scoreless in the second and third quarters. Massachusetts would go on to defeat Bismarck, 44-19. Get playoff tickets: - https://bit.ly/IFLPlayoffs21 -

Powell showed off his efficiency in the Rattlers’ first-round game playoff game against the Sioux Falls Storm on Sunday. He completed 76.5 percent of his passes, going 13-of-17 for 170 yards and five passing touchdowns. Powell connected with four different wide receivers for touchdowns and led a Rattlers’ offense that scored on every offensive possession. The IFL’s leading rusher also produced 35 yards on the ground and two touchdowns. Arizona rolled past Sioux Falls, 69-42, to advance to the semifinals. Tickets: - https://bit.ly/IFLPlayoffs21 -

Martinez put up a perfect kicking night for the Fighters on Saturday night in their first-round matchup against the Spokane Shock. Martinez knocked in all three of his field goal tries along with converting all five of his extra point attempts. With 12:03 left in the second quarter down 6-3, Martinez drilled a kickoff off of an opposing Shock player, a kick that the Fighters recovered at their own 11-yard line to set up the Fighters’ first touchdown of the game. Frisco would eventually go on to earn the victory over the Shock, 44-33. Tickets: - https://bit.ly/IFLPlayoffs21 -

From The Coolest Sports, The Hottest Talk, Music, and Fun.
- http://www.USSportsRadio.Net -
Keywords
baseballbasketballCFLfootballlacrosseNFLsoccer