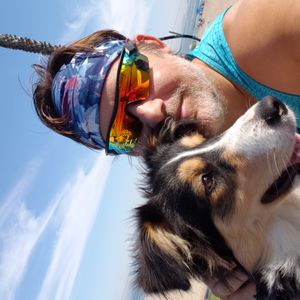 DarylLawsonLive.com Why Does Amazon Want ONE MEDICAL: $3.9B Deal? 666 Prophecy 2022 The Second Beast Rev 13:11  And I beheld another beast coming up out of the earth; and he had two horns like a lamb, and he spake as a dragon.  Rev 13:12  And he exerciseth all the power of the first beast before him, and causeth the earth and them which dwell therein to worship the first beast, whose deadly wound was healed.  Rev 13:13  And he doeth great wonders, so that he maketh fire come down from heaven on the earth in the sight of men,  Rev 13:14  And deceiveth them that dwell on the earth by the means of those miracles which he had power to do in the sight of the beast; saying to them that dwell on the earth, that they should make an image to the beast, which had the wound by a sword, and did live.  Rev 13:15  And he had power to give life unto the image of the beast, that the image of the beast should both speak, and cause that as many as would not worship the image of the beast should be killed.  Rev 13:16  And he causeth all, both small and great, rich and poor, free and bond, to receive a mark in their right hand, or in their foreheads:  Rev 13:17  And that no man might buy or sell, save he that had the mark, or the name of the beast, or the number of his name.  Rev 13:18  Here is wisdom. Let him that hath understanding count the number of the beast: for it is the number of a man; and his number is Six hundred threescore and six.  1Pe 3:10 For the Scriptures say, "If you want to enjoy life and see many happy days, keep your tongue from speaking evil and your lips from telling lies. 1Pe 3:11 Turn away from evil and do good. Search for peace, and work to maintain it. 1Pe 3:12 The eyes of the Lord watch over those who do right, and His ears are open to their prayers. But the Lord turns His face against those who do evil."