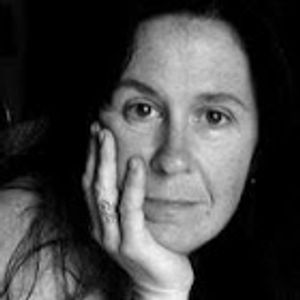 Please visit my website and blog at http://eatingtoascend.com to uncover deeply hidden truths and learn how to remove the scales from your eyes.
Join me on Patreon and become an extreme detox client and supporter! http://patreon.com/theascensiondiet

This is part 1, the recording stopped, part 2 is just a few moments long.

PREFACE (The words of Nicolas Notovitch)

"Subsequent to the Turkish war (1877-1878) I undertook a series of journeys in the Orient. Having visited all the localities, more or less remarkable, of the Balkan Peninsula, I crossed the Caucasus mountain to Central Asia and Persia, and finally in 1887 I started for India, a most extraordinary country, which had attracted me from my early days.
The aim of my journey was to become acquainted with the inhabitants of India, and to study on the spot their manners and customs, the grand and mysterious archeology, and the colossal and majestic nature of this country. Wandering from one place to another, without a settled pla, I reached the mountainous Afghanistan, from where I reached India by the picturesque passes of Bolan and Guernai. Having ascended the Indus as far as Rawal Pindi, I crossed the Punjab, the country of the five rivers, and visited the Golden Temple of Armitsar and the tomb of Ranjit Sing, the king of the Punjab, near lahore. I then directed my steps towards Kashmir, "the valley of eternal felicity". There in order to satisfy my curiosity, I recommenced my wanderings and continued them until I arrived at Ladak, when I decided to return to Russia, through Karakorroum and Chinese Turkistan.
One day in the course of my visit to the Buddhist convent, situated on my route, I learnt from the chief Lama that there existed in the archives of Lassa very ancient memoirs of the life of Jesus Christ and the nations of the Occident, and that certain great monasteries possessed copies and translations of these chronicles... An unfortunate fall by which I broke my leg furnished me with a pretext to return to the monastary, where I received excellent care; and during my short stay with the lamas, I had the honor of obtaining the consent of their chief to have brought from the library the manuscript relating to Jesus Christ, and, aided by an interpreter, who translated from the Tibetan language, I wrote down carefully the verses as they were read by the Lama." - Nicolas Notovitch

© THE ASCENSION DIET - EATING TO ASCEND

Published May 2, 2020
Christian mythology (tradition) has hidden from the world the truth, in order to allow humanity to be enslaved to the cabal. They created dualism this way, and to this day have perpetuated pain, trauma, suffering and slavery, and all wars.
The canonized holy bible refers to "the lost years of Jesus", but they are NOT LOST.
Christ the Messiah, the Incarnated Word of GOD, THE LIGHT, was in INDIA and NEPAL. And he taught a very different message than what is called Christianity teaches. He also clarifies the errors inherent in the Hindu religions, and this reading sheds light on the origins of what became Rome and the vatican (Romulus), the original sons of light and the Essene practices, that we are to practice vegetarianism by not hurting animals, and - this is mind-blowing - that the twelve disciples were actually spies assigned by Pontious Pilate, with Judas being the 13th. If you have read The Gospel of Judas, all of this connects.
Truly we are reconstructing and revealing TRUTH IN THESE LAST DAYS.
Keywords
messiahchristjesusyeshuahistorytrue historyindiaaudiobooknepalbuddhaantedeluvianthe lost years of christsons of lightnicolas notovitch