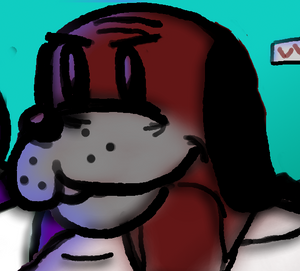 The Underdog
Published 2 years ago |
This video, and it's contents, are published on the grounds of public interest and public safety. The contents disclosed were the minimum necessary to back-up my claims. As neither Pfizer nor the European Medicines Agency will confirm the leaked information, their veracity is unknown, however, in my opinion, the concerns raised warrant further investigation and do appear to be valid. I have published this data as I believe public lives to be at risk, and as no other media nor government outlet nor scientific body has already done so, I feel it falls to me to disclose the truth.


[Post-edit: It's worth noting the BMJ verified the leaked documents here: https://www.bmj.com/content/372/bmj.n627, where the EMA was forced to admit individual emails were indeed authentic and had to badmouth the leak by claiming taking screenshots, aggregating data and adding 'additional titles' to filenames to describe them was somehow 'partially doctor[ing]' the data. Any sensible individual can recognise the absurdity and straw-clutching the EMA are engaging in here; essentially their complaint is the data isn't arranged how they'd like.]

I did pre-emptively reach out to Brighteon with the hope of discussing what would constitute acceptable information to include, but Brighteon ignored me, so my own best judgement was used instead.

Copyrighted works, such as media articles, used in this video are used under fair use, specifically education (such as evidence for claims), review (for commentary) and as an overall transformative work to add context.

Individuals may freely re-distribute and quote this video for whatever purposes. Credit is not required, but greatly appreciated. A name or a simple linkback will suffice.
Keywords
vaccinesleaked documentspfizereuropean medicines agencymrna integrity issues