In part one we cover the revelations from the Jesuit Abbé Augustin Barruel's Antichristian Conspiracy in his Memoirs.  It exposes the more colorful statements by modernity's heroes such as Voltaire and his crew.  All hail Julian the Apostate! in order to the illuminate the masses by degrees into the Mysteries of Mithras; the masses, of course, of which they don't care one iota for, but will do a great job of pretending like they do.  The only ones wise enough to identify these shenanigans were of course, the Catholic Jesuits! Exactly why they are the first to be warred against when a NWO Masonic oligarchy conspires to overthrow an Old World Catholic order such the Ancien Régime in Bourbon France.

Part 2 for Members: We discuss the Antimonarchical conspiracy involving other 'adepts' such as Rousseau; yet these conspirators can't help from devouring each other whilst claim it's the Saturnine Kings of Christendom who devour their own people; thus invoke the scapegoat ritual so essential to Western Liberal-Democracy; you must have a Baphomet-boogeyman to lead the profane astray from the true secrets of the Mysteries: that they are being manipulated by the cries of "Liberty, Equality, Fraternity"!  From there we penetrate deep into the Mysteries of Occult Freemasonry and find it's not so mysterious after all; it's basically everything Albert Pike and H.P. Blavatsky promote in Morals and Dogma and Isis Unveiled / Secret Doctrine, respectively, except for what they call good, Barruel calls darkness, and vice versa.

To make an individual purchase of part 2: https://schism206.podbean.com/e/p2bp-episode-21-hizstory-memoirs-illustrating-the-conspiracy-part-2-paid

The views and opinions expressed in this video do not necessarily represent the views of Brighteon or its affiliates.
Related videos
14:01 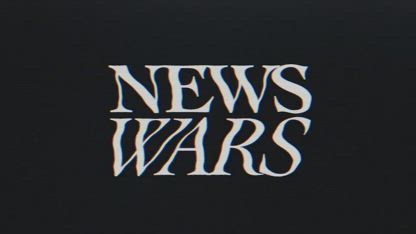