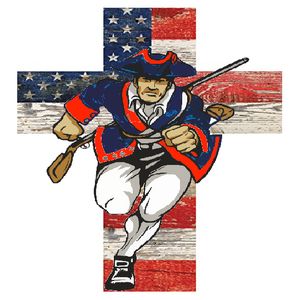 AmericanPatriotsforGod&Country
Published 2 years ago |
SHOP American Patriots Apparel at https://www.AmericanPatriotsApparel.com
YouTube took down this video within hours of it being shared and gave our channel a strike preventing us from uploading and going live amongst other things. They lied and said it was hate speech and inciting violence because they don't want me to hate on or want to rise up against the corrupt deep state shadow government whom they adore and worship. There are some very sinister happenings going on in our government and in global government(s) worldwide as the deep state shadow government projects election meddling onto the innocent to cover for their dirty deeds and data mines us into oblivion. The NSA and others are spying on every move we make and waging a psychological war to manipulate, control and blackmail the masses who would oppose. They are using their gathered data to mold your thoughts and behaviors. They are targeting those who don't/won't comply. They will and are destroying lives with a smile.

This world has become evil because good men and women won't speak up and stand up and because when they do, the evil ones will arrest them like they did Millie Weaver. It's time we tell the truth. It's time that if they are going to come arrest us to silence us, that we have greater forces prepared to stop them. It's time we arrest them!

STAND UP AMERICANS! STAND UP FREE PEOPLE OF THE WORLD!

Copyright Disclaimer under section 107 of the Copyright Act of 1976, allowance is made for “fair use” for purposes such as criticism, comment, news reporting, teaching, scholarship, education and research.