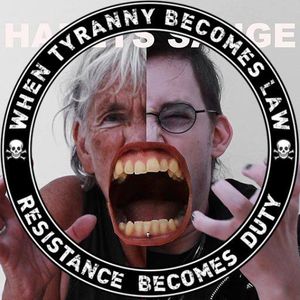 Kim Osbøl - Copenhagen Denmark
Published 8 months ago |
Remember Trump on 5G? And his 'Operation WarpSpeed'? - There is NO such thing as a 'Coincidence'!

Former President Donald Trump told an audience of his supporters they are “playing right into their hands” by expressing doubt about or not getting COVID-19 vaccines.

Trump made the remarks during a live event with former Fox News pundit Bill O’Reilly.

“We did something historic, we saved tens of millions of lives worldwide,” said Trump, before going on to credit the vaccine for preventing a repeat of the Spanish flu, which infected nearly a third of the world and killed as many as 100 million people.

The comparison is somewhat alarmist given that the Spanish flu had a 2.5% global mortality rate, which is substantially larger than COVID’s mortality rate of 0.05% (before the vaccine was available).

NEW – Trump: "You’re playing right into their hands" when you doubt the #COVID19 vaccines.pic.twitter.com/GXmxQVNezF

“This was going to ravage the country far beyond what it is right now, take credit for it…what we’ve done is historic,” said Trump.

“Don’t let them take it away…you’re playing right into their hands (when you doubt the vaccine),” he added.

Despite Trump glorifying the vaccine, he made a point of saying that it shouldn’t be mandatory.

“If you don’t wanna take it, you shouldn’t be forced to take it, no mandates,” said Trump.

The Donald also revealed that he had received his booster shot.

When he asked the crowd if they agreed with his statements, a majority cheered, but Trump made reference to a “tiny group” in the audience who obviously didn’t share his enthusiasm for the jab.
---------
SCIENCE & TECHImplantable Microchip Stores Your COVID Vaccination Status Revelations.
Published 5 hours ago on 20 December, 2021Paul Joseph Watson
Remember those crazy old timers who used to talk about Revelations?

The Mark of the Beast. Not being allowed to buy or sell without taking it?
Remember how everyone laughed at their alarmist paranoia for decades on end?

Video! https://youtu.be/lJrn0VgVUIs
https://summit.news/2021/12/20/implantable-microchip-stores-your-covid-vaccination-status/
--
Sep 23, 2019 How one Epstein victim was said to be recruited from Mar-a-Lago, and all the other connections between the accused sex trafficker and Trump's Palm Beach resort.
https://www.businessinsider.com/jeffrey-epstein-and-trump-mar-a-lago-resort-connections?r=US&;IR=T

RDFI Chip in Sweeden and Denmark read links below this video:
Demo imod 5G og fascistiske Sataniske love (L 133) pga influenza [17.04.2020]
https://www.bitchute.com/video/IlmDs9OU77OX/
https://rumble.com/vgv1oz-demo-imod-5g-og-fascistiske-sataniske-love-l-133-pga-influenza-17.04.2020.html
--
'For we wrestle not against flesh and blood, but against principalities, against powers, against the rulers
of the darkness of this world, against spiritual wickedness (SATANISM) in high places'
- Ephesians 6:12
Keywords
freedompedophiliasatanismdeepstatefascism