The Pete Santilli Show
Published a year ago |
Shop nowDonate
Former FBI Director James Comey violated FBI policies in his handling of memos documenting private conversations with President Donald Trump, the Justice Department’s inspector general said Thursday. The watchdog office said Comey broke bureau rules by giving one memo containing unclassified information to a friend with instructions to share the contents with a reporter. Comey also failed to return his memos to the FBI after he was dismissed in May 2017, retaining copies of some of them in a safe at home, and shared them with his personal lawyers, the report said.E-Militia Article: Comey OIG Report Reveals Stunning Contradictions – Read The Report Here http://ow.ly/v6vA30pro8y

Guest: Michael Bowman has not filed his taxes since 1999, but he was not charged with a crime until 2017. His case went to federal court and ended with a mistrial. Michael faced misdemeanor charges for willful failure to file a return but was initially charged with felony tax evasion; his public defender, Matt Schindler, got that charge thrown out for lack of evidence. His case rests on his objection to paying taxes for religious reasons. He said he does not want his money to go toward funding abortions. Bowman believes the First Amendment, the Oregon Constitution, and the Federal Religious Freedom Restoration Act protect his right to make that choice. He says he is innocent. ARTICLE:https://www.kgw.com/article/news/politics/mistrial-for-oregon-man-refusing-to-pay-taxes-since-1999-im-not-going-to-fund-the-death-of-kids/283-cdf0fc80-38d8-41a9-8ca6-7a4c09ff7677
Fundraiser: https://www.givesendgo.com/bowman
YOUTUBE: https://youtu.be/sM6qLQzYubc How to Use Coconut Oil for Beard Growth
Health Tips
189 views
7:02 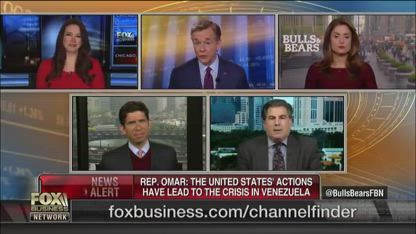 Why Do They Always Look Like This?
InfoWars - Alex Jones Channel
560 views
6:55

If babies were born with GUNS, they could SHOOT abortionists in self-defense
Health Ranger Report
1016 views
7:41 Misleading the faithful
We Are The Last Generation
436 views