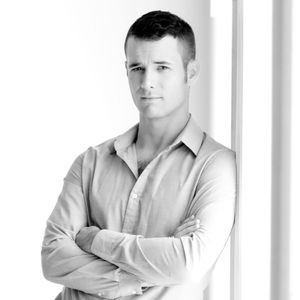 The Scriptures speak of a Seed War between Man and Nephilim, culminating in the prophesied last war, the War of Gog & Magog.

Just what is this war? Who is this enemy? What is the Seed War? And who are the seeds? The puppet masters are revealed in this groundbreaking video. Who runs the Deep State? The secret Societies? Hollywood, the music industry, Children's education, And the Vaccine depopulation agenda? The Nephilim. Hiding in plain sight, mass murdering Christians throughout all of recorded human history every chance they got. The original antichrist religion is millions strong and controls almost every government on earth. Everyone can feel the hidden hand oppressing them, but few have traced the branches of evil back to its roots.

Here, we explain the Origin of Evil and the New World Order (Actually, It’s based on the Old World Order, the first One World Government) And how it ends.

The Biblical Prophecy concerning the last battle and the War of Gog & Magog is revealing itself in current events and through the historical record. Prepare to be shocked, triggered, or perhaps to have revelations about just who you are, and where you fit into the grand scheme.

These things matter. Fauci the Freemason is poisoning the world over these beliefs the deep state write about, have ceremonies about, put art and statues all over capitals for, and ridicule anyone who looks into it keenly. Let’s go beyond the Culture war, the Political War, The Trade War, The World War, The Ukraine War… Let’s discuss the origin of every one of them: The Seed War.

The Sum Of All Fears (Hollywood Movie)

Various Media Publications (Fair Use, Credit in Use)

Spanish Language Video: Genia? (Not sure)

If you found this content to be of value, please consider supporting my work with any of the options below!

Bestselling Book Attacked by MSM: Qanon: An Invitation to The Great Awakening - www.TheBookofQanon.com

TheSerapeum.com is the worlds largest library of the occult (censored) and hidden history of Mankind, and Nephilim Kind. The Seed of the Serpent lives on, and the Seed War continues.

Welcome to the Seed War: You've been Warned.

At TheSerapeum.com, We Cover Ancient Aliens, Fallen Angels, Nephilim, Elongated Skulls, Biblical and Scriptural Deep Dives, Censored History, and Who Runs the World - as well as what THEY Believe and Worship (And the Cosmology They are Hiding From Us), Culture & Christ, get informed and involved, Join us in TheSerapeum.com

NOTE: any action by any media or internet firms) to negatively impact the production of this video will be interpreted as a violation of 18 USC 242 and 42 USC 1983, 84, 85, and we reserve the right to file civil and criminal legal action against youtube.com and its affiliates for attempting to suppress this "free speech"; and will also be construed as "conspiracy to aide the crimes listed herein".