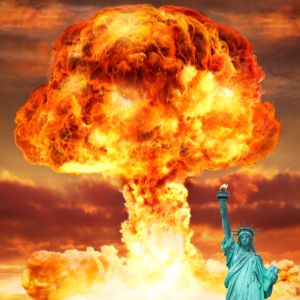 AmericasConsequences
Published 5 months ago |
"The Trojan Horse refers to a wooden horse said to have been used by the Greeks, during the Trojan War, to enter the city of Troy and win the war. There is no Trojan Horse in Homer's Iliad, with the poem ending before the war is concluded. But in the Aeneid by Virgil, after a fruitless 10-year siege, the Greeks at the behest of Odysseus constructed a huge wooden horse and hid a select force of men inside, including Odysseus himself. The Greeks pretended to sail away, and the Trojans pulled the horse into their city as a victory trophy. That night the Greek force crept out of the horse and opened the gates for the rest of the Greek army, which had sailed back under cover of night. The Greeks entered and destroyed the city of Troy, ending the war." ~ wikipedia.com.


Even as I write this, the Chinese have secretly and strategically moved many "Trojan" shipping containers within the borders of the U.S. China and Russia are two arms of the same warrior- communism- the work of Satan and his minions. This has and is continuing unnoticed because Americans are deluded to notice. And in the end, the result will be the same as it was for Troy- DESTRUCTION AND OVERTHROW!
Keywords
healthvaccinesgunscorruptiondeceptionamericaspiritualconstitutiongodsatancommunismtruthsocialismreligiongovernmentdemonsnwoapocalypseenslavementdelusionconsequences