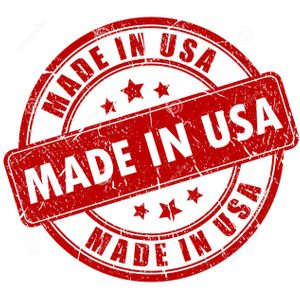 It is definitely not normal for young athletes to suffer from cardiac arrests or to die while playing their sport, but this year it is happening. All of these heart issues and deaths come shortly after they got a COVID vaccine. While it is possible this can happen to people who did not get a COVID vaccine, the sheer numbers clearly point to the only obvious cause.
The so-called health professionals running the COVID vaccine programs around the world keep repeating that “the COVID vaccine is a normal vaccine and it is safe and effective.”

So in response to their pronouncement, here is a non-exhaustive and continuously growing list of mainly young athletes who had major medical issues in 2021 after receiving one or more COVID vaccines. Initially, many of these were not reported. We know that many people were told not to tell anyone about their adverse reactions and the media was not reporting them. They started happening after the first COVID vaccinations. The mainstream media still are not reporting most, but sports news cannot ignore the fact that soccer players and other stars collapse in the middle of a game due to a heart attack. Many of those die – more than 50%.
We really appreciate the athletes named in this list who have confirmed what happened to them so the truth can be known.

Where Are The Fact-Checkers?
Readers are writing to us asking for comparisons from previous years. Some say without that, these results mean nothing. That’s not true because if we had seen this in previous years, it would be well known and others would have documented it. We will try, but it is a lot of work.
Where are the fact-checkers? Where is the mainstream media? Some have piles of money from Bill Gates. Why are they not proving us wrong by all piling on and showing the documented Athlete deaths from 2019, 2018, 2017 and the previous decade?
They are nowhere to be found because this number of athlete deaths is abnormal and they know it. They have money from people who don’t want journalists poking around.

Sidelined Athletes with “Illness” Not Included in This Report

Many sports teams now have multiple sidelined players. There are dozens of them. The teams and Big Media are hiding this, thinking nobody will notice. These damaged players will not be shown in this report if they are reported only as “illness” but they would be worth tracking, because it is not normal to have so many. Their immune systems are likely to have been compromised by “something,” so they will be open to many things they would normally have been able to shrug off. We leave it to others to track these – we have our hands full handling the investigations for this list, going back in time trying to find new information that wasn’t available before, and making minor corrections as they are discovered. It will all come out eventually.
 
Worldwide Athlete collapses and deaths chart to 15th December 2021.
List of Injuries
Here is a non-exhaustive list of injuries reported. Most were cardiac arrest.
* Cardiac Arrest
* Blood Clots or Thrombosis
* Stroke
* Irregular Heartbeat
* Arrhythmia
* Neuropathy
* Death

FAIR USE:
Copyright Disclaimer Under Section 107 of the Copyright Act 1976, allowance is made for "fair use" for purposes such as criticism, comment, news reporting, teaching, scholarship, and research. Fair use is a use permitted by copyright statute that might otherwise be infringing. Non-profit, educational or personal use tips the balance in favor of fair use. No copyright infringement intended.

TO OWNERS OR COPYRIGHT HOLDERS: I do not own these songs or pictures all the songs and pictures belong to their composers and owners. Also I don't make any profit with these video's. I make these Just for my entertainment so other people can enjoy them. If there are any complaints please contact me before taking everything /anything down and ruin the enjoyment of innocent people. If you explain me the problem I will do everything to solve it. Thank you in advance.
Keywords
fdacdcvaccineheart attacknihvirusathletesbioweaponcardiac arrestwuhanjabmodernapfizerdeltablood clotvariantsomicronastra zeneka