The Prisoner
Published Friday |
Is the BBC going to use this drama as an opportunity to whitewash its complicity in Savile’s crimes?

Jimmy Savile was allowed to abuse hundreds of children, some on BBC property, with the scandal only revealed after his death. Now the corporation wants to bring this monster back from the grave

No one does irony like the British, and the BBC have delivered a dose of epic proportion, announcing their new show ‘The Reckoning.’

It’s a mini-series covering the life and times of Jimmy Savile.

For anyone unaware, he was a national institution, known in every household for his zany personality. He found fame as a radio DJ and quickly became a fixture on television, notably for Jim'll Fix It – in each episode of which he made the wishes of a child come true.

Savile’s signature look was garish multi-coloured tracksuits, wacky shades, chunky gold jewellery and a fat cigar. He was a prolific charity worker, buying machines for deserving causes like children’s hospital. It’s estimated he raised around £40 million ($51.7 million). The Queen made him a knight of the realm and he was even made a Knight Commander of the order of St. Gregory the Great by Pope John Paul II.

He was also a serial paedophile, and people at the BBC were aware of his crimes.

Way back in 1978, John Lydon of the Sex Pistols blurted out on BBC Radio 1: “I’d like to kill Jimmy Savile... I bet he’s into all kinds of seediness that we all know about, but are not allowed to talk about... I know some rumours, I bet none of this will be allowed out.”

The comment was edited prior to transmission and was only made available on a release by his other band Public Image Ltd, following Savile’s death in 2011. Such rumours had swept through the BBC for years – numerous people have confirmed this, yet documentary maker Louis Theroux was the only person to ask Savile on camera (shown on the BBC) about the dark stories. The pervert straight-batted it, saying “I know I'm not,” and referred to “salacious tabloid people” being behind the stories. A lifelong bachelor, he seemingly doted on his mother, who he referred to as “The Duchess.”.......Continued at https://www.rt.com/op-ed/503587-jimmy-savile-bbc-drama/

The views and opinions expressed in this video do not necessarily represent the views of Brighteon or its affiliates.
Related videos
7:17 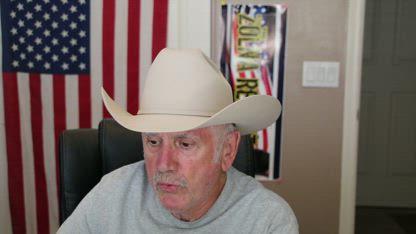