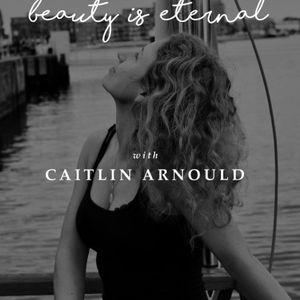 Beauty Is Eternal
Published 3 years ago |
Last year host Caitlin Arnould visited Hatshepsut’s Mortuary Temple, known as Deir el-Bahri, in Egypt, and was profoundly awed by the scale, beauty and symmetry of the structure. It made us wonder - who is the woman who had the power to create this monument around 3,500 years ago when kings were almost always men? We turned to the world’s leading expert on Hatshepsut to find out more about this extraordinary female Pharaoh.

Dr. Kara Cooney is one of the most famous modern faces of Ancient Egypt. She is an Egyptologist, archeologist, author and professor of Egyptian Art and Architecture at UCLA. She has hosted TV shows on the Discovery Channel including Out of Egypt and Egypt’s Lost Queen and written top-selling books including the 2018 book When Women Ruled The World and the 2015 book, “The Woman Who Would Be King: Hatshepsut’s Rise to Power in Ancient Egypt,” which focuses on the subject of our podcast today - Queen Hatshepsut.

King Hapshetsut created the tallest obelisk in the world at the Temple of Karnak, which still stands in Rome! She lived from roughly 1507 - 1458 BC and ruled Egypt from an estimated 1478BC until her death. How and why did she come to and maintain power when typically only men ruled? What sacrifices does a woman who wants to rule have to make? What can women learn from her about our modern world?