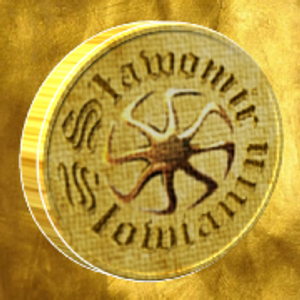 Dr. Cowan is a medical doctor who has authored numerous books including The Contagion Myth.
From his website:
Following my heart led me to a conception of science, medicine and the world at large that was radically different from anything I was taught in school. My ideas, such as the heart is not a pump, blocked arteries are not the main cause of heart attacks, vaccines are ineffective and unsafe, cancer is not a genetic disease, and the “war on cancer” has been an utter failure, have been the subjects of three of my books.
https://drtomcowan.com/pages/the-new-biology

Tom understands that humans are not machines, we are like all living things - we are electro magnetic fields and when the field is disturbed illness will happen.

“In 1949, the New York Medical Authority funded a study as part of the search for a Polio vaccine. Roughly three hundred test subjects were taken from orphanages and penitentiaries and injected with a polio virus that had officially been isolated in the lab. None of the test subjects got Polio. This was even reported in mainstream newspapers under headlines like ' Polio Not Contagious.' Between 1962 and 1972 The UK Cold Clinic, in Brighton, England, was funded to find a ' cure for the common cold.' They found nothing, except that there's a correlation between colds and cold temperatures. Duh! All their attempts to ' infect' people with colds failed. Virologists come in two flavors: honest and dishonest. Most of them appear to be dishonest. Or, at least, they don't see things when their salary depends on them not seeing them. An honest virologist I know explained to me that viruses (which are a strand of DNA in a protein sheath) do not cause disease. They can't. They have no way to. She also told me they are the same as exosomes (which the standard model says are ' non-pathogenic viruses.') And I saw video of viruses/exosomes being created inside red blood cells; part of cell wall opening, and the viruses/exosomes flooding out into the inter-cellular spaces. Viruses/exosomes are part of our biological defence system against toxicity. For example, mercury and aluminum are highly toxic. They kill white blood cells. But they don't kill viruses/exosomes because they are not alive. Viruses/exosomes are not living beings but biological components that, together, act like a kind of bubblewrap to cover, and neutralize dangerous toxins. Not only do viruses NOT cause disease, they are our friends. And each person produces his or her own unique viruses/exosomes (which are created from the red blood cell's RNA). No two people share the same viruses. But they don't want you to know this because vaccines depend on Germ Theory and vaccines make more money than pills.” - jonathangems