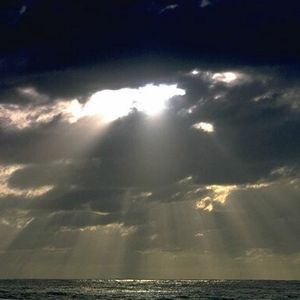 Have you ever wondered why there are seemingly endless names of different so-called churches - all claiming to follow the same book they claim is the supernatural Word of God - but all disagree as to what He says? Well, unless God is schizophrenic, bipolar, or has memory issues due to Alzheimer's - and not the perfect God of the universe - the only other possibility is that all these 'man-made' organizations are wrong. And if you already guessed the latter - well done.

This short video gives an overview of how all these denominations / demon-nations came to be, along with all the other bogus 'churches' - all market share and money driven, most 501c3 corporations under the gag order and control of the IRS - with every single one telling endless lies about God and how He says we get to heaven. All of which He hates - just like the evil that is taking over the entire world. The latter being why He began His 'cleansing dispensation' - known as the Tribulation Period - in the Fall of 2018. But there is an escape, that will likely occur during the late Summer to the Fall of 2024 - just after the last great solar eclipse - that completes a huge ‘X’ through the USA.

Go to logostruth.com and download the book Getting to Heaven. It not only explains exactly how someone is saved - which doesn't require joining a man-made 'church', the giving of even one penny, walking an isle, saying a sinner's prayer (none of them are anywhere in scripture), nor being baptized in water - but it also explains the background of all the fraud and deception, and even lists the worst offenders. It's just over 200 pages - but like everything that is truly from God, an unlike all the modern day ‘money changers’ who Jesus also hated - doesn’t cost a dime. That’s correct - it is completely free of charge - because God has never sent anyone an invoice! And any so-called minister who does put a sticker price on a book, DVD, song, etc. - is of their father the Devil.

May everyone who watches this video, read the book - and may God give you ears to hears - so that you may escape His coming wrath, and instead spend eternity with Him in heaven.
Keywords
hoaxsalvationprayerchurchscamcovid