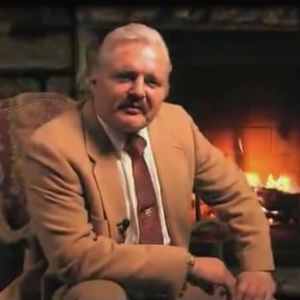 Over the last 100-years, government created their own collective multi trillion dollar Fiduciary Trust Accounts to benefit themselves. That being their own system Pension Funds that have paid their exorbitant salaries and benefits at retirement from the fund's return, and have done so without a hitch for over that 100-years. They had no problem creating Fiduciary Trust Funds for benefiting themselves.

What is being proposed here is the creation of Fiduciary Trusts to meet the ongoing budgets for our local governments into perpetuity where taxation is in turn phased out and eliminated.

The only difference here will be: This will be done to greatly benefit the taxpaying public and the US economy. No taxation and massive Fiduciary Trust Funds ever growing reinvested back into the USA equals a thriving population "and" economy.

Again, government had no problem doing it for themselves. Here through the TRFA it will be done for the US Population as well as to create a thriving US economy.

Government has all of the management teams in place, a Fiduciary track record of 100-years in place, and the actuarial layout and procedure in place well established from the management of their own multi-trillion dollar system pension funds to make it happen.

But as we all know, Government has no problem doing something for themselves. Getting them to do something "That in Reality" directly benefits the population is a totally different circumstance and event,

The Bottom Line is for the population to just make it happen. A coordinated spear-head focused action one venue at a time can make it happen until the standard becomes the process to end all taxation.

Doing it on a School District level is a good first step. The return from one fiduciary trust fund paying the School District's budget. Then the same process for the City, then County, then the State.

So that old adage of: Do the people own Government, or does Government own the people comes "truly" at play here.

The TRFA is moving forward to make government "truly" accountable "in Reality" to the population as a real and true benefit starting now and for all time to come.

As always the definitive factor of happen or not happen is , follow the money. If the money is made available to make it happen, it will happen. If not, then not.

I am trying to build the National Headquarters of the TRFA (Tax Retirement Fund Association) that is designed to consult with local governments nationally to put them on this process to end all local taxation. The revenue coming in to complete the headquarters, to be staffed and in operation will make it happen.

So far the headquarters is about 20% in motion. When the other 80% is completed, the population will have in their behalf the 1st private association, the TRFA, moving forward to benefit them in the process to end all local government taxation and in tandem creating the most prosperous economy in the USA or on the Earth ever imagined.

Will the TRFA process become the standard across the USA? The answer there will be: The TRFA effort and "We The People" of the USA will definitively deciding the outcome there...

Looking for a much brighter future for "One and All"

PS: Serious investors who wish completion of the TRFA Headquarters to happen, please contact me. The clock is ticking, and making this happen now is not a second to soon.