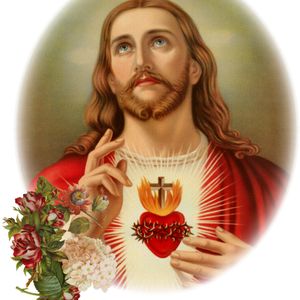 Christian Videos & Resources
Published 2 years ago |
The people of the world are sick and tired of being set against each other by powerful criminals who want us divided so they can continue to rape, steal from and exploit us.

Currently the gravest threat to the world is the corrupt mainstream media who has been taken over by a powerful cabal. They have been lying to us for decades, twisted our minds and led us down a path of darkness. The evidence is all around you.

The only way we can defeat this evil is by removing their power and turning them off. They are named the "Mockingbird Media" after a criminal operation of the same name to infiltrate journalism and take control of the narratives.

The only way out of this prison is to read the crumbs dropped via the NSA Intelligence Program otherwise known as Q.

When YouTube eventually censor this, you can find it on Bitchute.
https://www.bitchute.com/video/ItGCVS...

Disclaimer: I am not making accusations of guilt towards anyone featured in this video. That is Huber's job, and if they have done crimes, they will be exposed - if not, they won't.

Also I am NOT JFK Jr or that coastguard dude. Just an average Joe.

Many people have asked permission to share. Listen up: SHARE IT. I don't care if you credit it or not. Download it locally, mirror it, put it up on your own channel, whatever you want. Just don't sell it or make money off it.

Others have asked to donate. NO. We work only for freedom. There are people taking bullets for the republic, the least we can do is scramble whatever talents we have to ensure their sacrifices are not in vain.

The want this because
DIVIDED YOU ARE WEAK.
TOGETHER YOU ARE STRONG.
YOU, THE PEOPLE, HAVE THE POWER.

It’s time to research for yourself.

You will find many things, among them an unprecedented number of sealed indictments filed in preparation for a mass arrest event.
See here: https://drive.google.com/drive/folder...

You will also discover an unprecedented list of corrupt CEOs who have recently been removed from their posts.
See these here: https://docs.google.com/spreadsheets/...

This movement is not about one person or a group of people.
It is about WE THE PEOPLE.

The world is currently witnessing the largest mass treason event in living history. But instead of being fearful, we should be filled with hope. Instead of fighting among ourselves, we should recognize our only true enemy - the criminal Deep State, and their once invincible mainstream media apparatus.

Do you want to free yourself? It’s easy.