Ken O'Keefe's TJP Channel
Published 6 months ago |
Once again, way back in 2011 Ken O'Keefe says what needs to be said and the question remains; "When will the enemies inside the gate, those that took an oath to uphold the US Constitution, the 'Supreme Law of the Land' in the 'Republic' of the United States of America, when will the genuine American Patriots, like the founding fathers, rise and ARREST THE TRAITORS IN THE US CONGRESS/GOVERNMENT!!!???
Keywords
world citizenJewish StateKen OKeefeUSMCMossadPatriotVeteranUSAIsraelfounding fathers911

The views and opinions expressed in this video do not necessarily represent the views of Brighteon or its affiliates.
Related videos
1:08 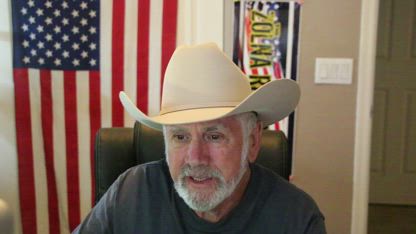