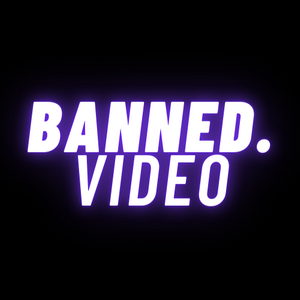 The Resistance 1776
Published 10 months ago |
Donate
I could only locate this on CommieTube so I am archiving it here and other platforms. I don't believe planes hit these buildings and that tech like project blue-beam made it look like planes hit while explosions from within the building is what caused the destruction. The corrupt government and elites got away with murder and they continue to do it and get away with it!

Loose Change Final Cut sets out to prove the official story of 9/11 - 'that the impact of two planes flying into two World Trade Center towers and the resulting fires caused three World Trade Center steel framed buildings to collapse' is false. Using witness testimony, expert analysis, news footage, and corroborating evidence this film is the most explosive and important film of the decade. Starring George W Bush, Condoleeza RIce, DIck Cheney, Philip Zelikow, Dan Rather, the late Peter Jennings, contributors from Fox News, ABC, CBS, NBC, CNN, firefighters, first responders and 9/11 victims, the film exposes the inconsistencies and lies put forward by the Bush administration in the hours, days and weeks after 9/11, and their role in hoaxing the American people that 19 islamic terrorists were the sole perpetrators of 9/11, the crime of the century.

Share across all globalist controlled platforms. Do not keep them on safe platforms because most people on those platforms are already woke to the lies of the New World Order agenda! If you do not share this on other platforms it becomes an echo chamber.

💲 SUPPORT/DONATIONS 💲
Fighting to keep all truth on banned platforms like Youtube/Twitter/Periscope etc. If you want to continue see truth on these banned platforms please consider subscribing so you can help fight the good fight.

📡◄ Follow Me ►📡
All the platforms and donation links are accessible using the URL below:
• https://linktr.ee/TR76News
Keywords
freedomvaccinesnewslibertypoliticsbigpharma5gnewswarsglobalists1a2adepopulationagenda21election fraudnewworldorderagenda2030project blue beamcoronavirusbillgateslockstepcovid19event201darkestwinter