American Patriot 1776
Published 9 months ago |
Some observations on the current swine flu 'crisis':
- It's a global reprise of the US 1976 phony swine flu panic;
- Just as happened in 1976, the virus is not a significant threat having very low morbility and mortality rates. And, even if it mutates into something more dangerous, the most reasonable scenario to be expected is a flu pandemic like the ones in the 60s and 70s, which, although being lethal to many, were also easily controllable, and quickly faded away. As a matter of fact, flu viruses have never been the kind of monstrous threat that is now being sold to the public. The only exception to that was the 1918/1919 pandemic which, of course, had an ideal context for lethality: the trenches of WWI Western Front and the terrible sanitary and nutrition conditions of post-WWI Europe and America, particularly among soldiers, which were the main incubators for the flu;
- So, it's on the basis of a virtuality that the public is now being terrorized, and made to comply, with the orgy of hysteria being promoted by intellectually bankrupt pseudo-scientists, aka, the fake pharma and govt. "experts" who are more interested in promoting dangerous untested vaccines than in *reality*;
- Like in 1976, the pharmas are now being given legal immunity and liability for whatever harm is caused by their fast-tracked, untested vaccines;
- These vaccines should leave people very concerned, as they'll be stuffed with dangerous, if not lethal ingredients (e.g., squalene, mercury, and alum), known to cause neuro-degeneration and other auto-immune widespread illnesses;
- The vaccines may actually facilitate the spread of the pandemic and facilitate virus reassortment and/or mutation (via live viruses and nucleic acids in some of them);
- Another important part in all of this, is what has been called the militarization of medicine. The WHO has effectively set up a platform for global draconian measures, mandatory vaccinations, and martial law, via the IHR 2005 and the PIPR Guidance 2009;

- That platform is being reproduced on regional/national scales by most WHO members, most notably in the West;
- It's not likely that the whole machinery is unleashed in the next few months. As the WHO documents themselves say, were talking about a 10-year minimum, slow motion, Fabian process. During that time, the pandemic, or other consequent pandemics resulting from H1N1 alterations, will be used to further militarize civil society and stuff everyone with dangerous, lethal, vaccines;
- This, of course, comes right in line with the paramilitarized, all-reaching surveillance infrastructure thats being set up everywhere, to allow for the economic looting of the West and for the slow motion into world totalitarianism, the ordered Platonic society thats been consistently advocated by the Euro-American banking establishment during the last 100-years;
- This process can't be allowed to move on. It has to be stopped right now, by exposing these criminals for what they are, and refusing to comply with their new fascist-at-the-top, sovietized-at-the-bottom, world system.

The views and opinions expressed in this video do not necessarily represent the views of Brighteon or its affiliates.
Related videos
12:07 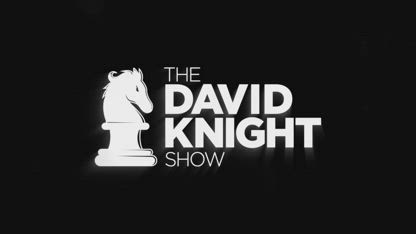 Mike Adams: Why the Left is Being Attacked
NewsBlip
458 views
14:36