In war zones, evidence captured on smartphones can provide a path to justice — but platforms like YouTube and Facebook are getting in the way. In the Video Op-Ed above, the Syrian activist and archivist Hadi Al Khatib urges platforms to overhaul and improve their content moderation systems. He fears that automated removal, which in 2017 deleted 10 percent of the archive documenting violence in Syria, risks erasing critical history.

As Dia Kayyali explains, there is no clear-cut answer for YouTube and Facebook, which deal with tens of thousands of minutes of video uploaded every second. These platforms have come under intense pressure to police extremist content and have been criticized as acting too slowly when killers live-stream mass shootings. Algorithms can act quickly, but they are often un-nuanced and fallible. Meanwhile, human content moderators endure an enormous psychological burden when they analyze gruesome content.

Facebook recently announced an oversight board with independent experts to help monitor content moderation. Mr. Al Khatib thinks this is a good step, but in a world in which platforms hold part of the key to humanitarian justice, it’s still not enough.
Keywords
newscensorship

The views and opinions expressed in this video do not necessarily represent the views of Brighteon or its affiliates.
Related videos
0:30 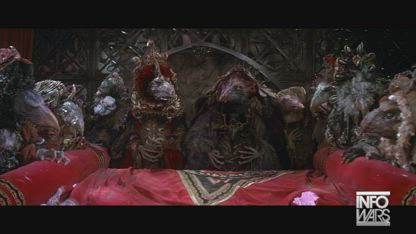 The 4 Horsewomen of the Apocalypse and the Traitor from Texas!!! You can't make this stuff up.
Hear The Watchmens Journey
349 views
23:36

Remember When American Citizens Had Rights?
Think About It
603 views
10:06