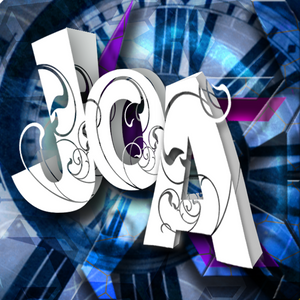 JourneyOfAdam
Published 9 months ago |
I get rather upset with the scientists that keep unlocking how the body works, they have lied about our health, they have lied about what makes us healthy, they say the reason why they must do this research is so they can find new breakthroughs about our health. Are you still buying into the lie. You know cas9 crisper technology? They said it was going to revolutionize health. That they can rewrite damaged genes, fix genetic disorders, cure any disease. That was probably ten years ago, they have the technology, are they healing the sick with it? Maybe if your special. All we have to do is look back at what they said, what they told us it was for. They are instead using it for their transhuman agenda, they are using it in the vaccines, to change your DNA into some hybrid nightmare creature without your consent. Whenever we are told something is for saving lives, improve health, for safety, for the greater good, just trust us and a list of others I'm sure you've heard them.
54% of American children has a chronic illness, just go look at the statistics of our health, Americans are the least healthy and most sick of all developed nations. We are told we have the best medical system in the world. Did you know the number one cause of death in America is "medical misadventures' and 'Rx' or health by doctor. So we have the greatest healthcare in the world...at killing people. They always leave that second part out. Cause they have to make sure your coming in to get your death mints. All of our government agencies, and the ones that pose to be government agencies must not being doing their job, because health is getting worse, environment is getting worse. They tested a newborn baby and found traces of something like 600 chemicals that aren't natural to the body. If you haven't just take some time looking up stats and tell me it's not an agenda to slow kill us. Their are no accidents or coincidences. Mercury doesn't just appear in the vaccine vial, it's put there. And the people who put it their continue. And we have the data, we have the science, we have the proof that they are purposely at the very least trying to get everybody sick and empty out are pockets. I don't know how people can still walk into a clinic, a hospital. I don't know why people would not have weened themselves off all their medications. You don't know what's in them and they come from China. And the FDA doesn't regulate or test them when they come in. Did you know that we were being sent used masks from China and then sold to us as being new? The FDA strait out said that they weren't going to check them at all. You have to be one thick skulled sob to be taking anything regarding health from these snakeoilmen. All the vitamins and nutrients you need grows out of the ground, prescription medications are synergized with petroleum. They are never going to make one healthier, they are a slow poison. Period. And most of the pills filler is flouride. What happens when everybody stops going to the doctor? What happens when nobody is buying or taking the prescriptions? What happens when everyone passes on the vaccine? You have the largest corporation to ever exist to come crashing down. The same corporation who sold you the COVID pandemic. Who shut down the world, who destroyed countless livelihoods, the damage has no end. And they are more bold and more aggregious and more deadly everyday. So again I ask you why would you go to the hospital? Why would you take their poison? Why would you prop up the most mass murdering corporation to ever exist?

I'm sorry if I'm using strong language, I am so unbelievably torqued off at the lack of self awareness that is all around me. Everyone has their head in the clouds, possibly because everyone in America is taking their daily pharmakia, prescription drugs, Rx. It's a huge problem, that's what it does, it shuts down your frontal lobes, it literally severs the connections-sections of your brain. Your attention span is less than that of a goldfish, I'm not insulting it's actually studied, do a search. Our IQs are rapidly declining, our memory is declining, our ability to critically think, to problem solve is declining. Where do you think the destruction of our health is coming from? The people you go see thinking they are helping you. Disease disorders have been skyrocketing for years now, our lifespan is declining, we don't live as long, and each year it falls even more. If the doctors were helping then the curve would have plateaued a long time ago and it would be rare that someone would get sick. You don't have to believe me but your going to wish you did if you don't. I don't get anything out of this other than trying to get people to realize they are hurting everyone in the world going to the hospital. And it drives me crazy, because everybody should have been properly given informed consent, but your doctor doesn't do that. Now they say to make you healthy we need to edit your genes.
Keywords
healthchildrenimmunityreactionkidsautismheartnaturalbloodvaxcommunicationhopkinsparadigmcardiojabeffectshotgeneadversevacadeevinjinoc