The Pete Santilli Show
Published 10 months ago |
Shop nowDonate
In a letter to lawmakers Sunday, House Speaker Nancy Pelosi (D-Calif.) issued a warning about the Trump administration's continued efforts to block acting Director of National Intelligence Joseph Maguire from turning over a whistleblower complaint that reportedly involves the president. "If the Administration persists in blocking this whistleblower from disclosing to Congress a serious possible breach of constitutional duties by the President, they will be entering a grave new chapter of lawlessness which will take us into a whole new stage of investigation."

GUEST: Catherine Engelbrecht is the Founder and President of True The Vote - Catherine was an average American who, prior to 2009, had never been active in the processes of government; but, after volunteering to work at the polls in Texas in the 2009 elections she saw a fundamental procedural problems that she felt could not go unaddressed. She started True the Vote, an organization that grew into a national movement to ensure that every American voter has an opportunity to participate in elections that are free and fair. It was then she found herself a target of this federal government. Shortly after filing IRS forms to establish 501(c)(3) and 501(c)(4) tax-exempt organizations, an assortment of federal entities – including law enforcement agencies and a Congressman from Maryland, Elijah Cummings – came knocking at her door. https://truethevote.org/ 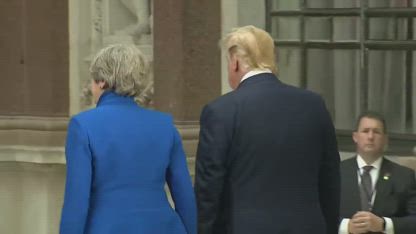