I think that it's important in this Black History Month to reflect on the need to know history. The Honorable Elijah Muhammad said to us that of all our studies history is the most attractive and it is best qualified to reward our research. History carries a light that attracts us to it. Because when people know what was and know what is and they are prepared for what is yet to come. History is our guide. When someone takes away from us our history they take away from us our guide. And taking away from us our guide we become lost people.

Listen. This is why intelligent parents give their children the autobiographies of great men and women to study. Why? History develops the springs and motives of human action, which display themselves most powerfully on the destiny of man. History develops the springs and the motives of human action. If you want to inspire young people they must know history. Because when they read the autobiography of a [Washington D.C. Mayor] Marion Barry, and they see how he was the son of sharecroppers. They see the obstacles he had to face, the burden he had to bear, the things he had to overcome; and you read how he did it, then that history inspires a young mind. It springs them into a new idea.

‘If Mayor Marion Barry could do that, from that condition, I could step on his shoulder and reach new heights.’

When America labels us three-fifths of a human being and made white folk to have five-fifths plus the two-fifths that we lost, they produced an imbalance. White folk too high up, Black folk too far down. When you take away from us our history then we know not what to expect from ourselves so we look to the one who is in the superior position and we take that one as our guide. And suppose that one is not fit? But you would not know their lack of fitness unless you know your history.

So Carter G. Woodson, a Black man from among us, understood as a tree without roots is dead, a people without their history is also dead. So, Carter G. Woodson fought for a Negro History Week and white folks were so generous. They allowed us to have a week to think about ourselves. Now it has even been extended to one whole month.

But they wanted to be sure when we think about ourselves we think about ourselves on the cotton fields up—don’t go back too far. If you go back far enough in your history you will see the day when you have ruled. If you go far enough back in your history you will come to the day when your fathers taught them mathematics, science, algebra, chemistry, law, medicine, philosophy, government, international trade, language.

When you know what was young brothers and sisters. When you know what was you see the realm of possibility. When you have been struck a blow in the head and you have amnesia, you could have been a king but you forgot your kingdom. You could have been a scientist but you forgot your inventions. So, amnesia renders you helpless. Who can tell you who you are? Who will show you what you are? Who will make you know the realm of human possibility that you may expect from yourself what you rightfully should?

This is why scripture is so relevant and important. And as young people we must never think that the Bible is some strange book that has no relevance, no bearing on life today. We must not think that the Holy Quran is some impractical book of scripture. But Jesus shows us the realm of human possibility that man can be born from a women in a hostile environment, like you were born from your mother and father in a hostile environment.

He was born in a place that had a bad reputation, for the scripture said Can any good come out of Nazareth? And we were born in the ghetto with a bad reputation. Jesus had a problem because the people thought he was born of fornication. They didn’t see a father around so they condemned him and said We are not born of fornication. Young Black boys and girls have to grow up wondering: Who is my father?

The views and opinions expressed in this video do not necessarily represent the views of Brighteon or its affiliates.
Related videos
7:47 Does Trump need a deal with China to get reelected?
NewsClips
27 views
1:10 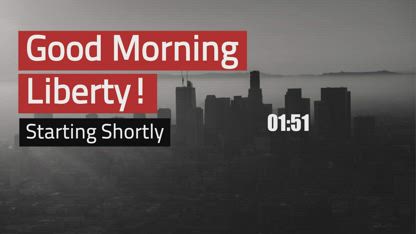