KevinJJohnston
Published 8 months ago |
Rep. Joaquin Castro (D-Texas) says he posted a list of Trump donors in San Antonio because he wants people to “think twice” about supporting the president.

During an Wednesday appearance on MSNBC with host Willie Geist, Castro had this to say:

Geist: Congressman, as you look at this list, I know you say you didn’t put their addresses out there. It’s easy to find them. These people undoubtedly are already being harassed online or perhaps face-to-face, in some cases, they could be. What do you say to those people this morning who say, ‘I made a campaign donation, and now I’m going to be harassed. I’m going to have people protesting outside my business or perhaps even my home?’ What do you say to them? Do you want them to repent for their support for Donald Trump, or what do you want from them?


Castro: Well, the first thing is that I don’t want anybody harassed or targeted…

Geist: But they will be, because you put their names in public.

Castro: Look, that was not my intention.

Geist: But that’s what will happen.

Castro: These things are public. No, what I would like for them to do is think twice about supporting a guy who is fueling hate in this country.

While it’s true the information was already publicly available, the public as a whole wasn’t even looking at the list until Castro very publicly shined a spotlight on it, given the resulting controversy.

It could be argued that there’s a difference between having your information listed in a phone book versus having it smacked on a bright, Interstate billboard.

Interestingly, six of the donors also gave money to Castro, according to the Daily Caller.

“The reports state that three people on the list who donated the maximum amount of $5,600 to the president also maxed out to Joaquin Castro’s congressional campaign, while another three individuals named donated to Julian Castro’s [his brother] mayoral campaign,” the outlet reported. “Julian Castro is in the midst of a long-shot presidential campaign, which is being run by his twin brother.”

“The rest of the community is sensitive. We’re sensitive to both Republican and Democrat views.”

“A lot of us here in San Antonio are independents,” he added.

The views and opinions expressed in this video do not necessarily represent the views of Brighteon or its affiliates.
Related videos
4:26 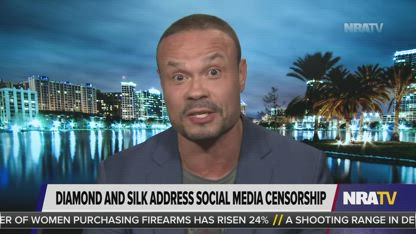 The Vaccine Myth: An Issue of Trust, with Shawn Siegel
Vaccines and Vaccination
53 views
10:14