The truth be told
Published a year ago |
Stan Meyer's Dune Buggy ran on water. Hydrogen/Oxygen fuel in an ICE motor. On board electrolysis, no hydrogen tanks, no bombs on-board, just water. (1998) It ran 100 miles per gallon! The 2nd best inventor of the Century, besides Tesla, who was and will always be #1. Stan is the mustard seed of Water Powered Cars! The video left above is a one timed aired news cast, from his home town of Grove City , Ohio that you are not to view. The video screen to the right is a segment of the Equinox program about Stanley aired back in Dec. 1995 (approx.) See the entire program entitled "It Runs on Water" narrated by Arthur C. Clarke in video clips below.
It is in 4 parts, made possible by Andy the WizardKing from Blackpool, England.

(9/2014 update) Stan's dune buggy is in Canada, it was bought off the Holbrook family for a down payment and royalty of the duplicating was to follow, but was taken to Canada, so the corp. would not have to ay any more money. Stephen Meyer is alive and knew as much as Stan did. An eye witness to the dune buggy sale said the VW engine ran beautifully, they did NOT run it for many buyers. They told most buyers it did not run. It was stored in a 2 story building, with no doors, sealed in a room so no ne could steal it! Stan's last experiment with that same buggy was running the engine on charged water from his resonant chamber powered by his VIC circuit. Instead of gas into the carb., it ran charged water, much like what Steve Ryan from NZ did with is HHO running motorcycle. The VW engine had to be cleaned out with light oil, as to not damage the engine, as the charged deuterium level water put out NH3 fumes (ammonia) from the burning H3 and nitrogen from the air had a reaction to produce a putrid smell of ammonia, the only draw back. Though ran well and the timing was set right. NO GASOLINE, just water. You can see why Stan was taken out, he threatened the National Security of the Jesuit leaders and would destroy the Oil Corp Petrol Dollar empire.

Download Stan's out of print book : "The Birth of a New Technology" , 222 pages is ready for you to download in a .pdf file. 9/2014 "Someday ENERGY will be FREE to all inhabitants of the Earth" Bro Andrew. That is the goal of WaterPoweredCar Inc.
Visit this site for more information.
http://waterpoweredcar.com/stanmeyer.html
Keywords
stan meyersexotic vehiclewater vehiclewater carSuppressed technologyinventionsfree energy

The views and opinions expressed in this video do not necessarily represent the views of Brighteon or its affiliates.
Related videos
34:06 How to Survive Alone in the Wilderness for 1 week Part 1 - Eastern Woodlands
SHTFPrepping101
534 views
2:01 10 Most Insane Secret Weapons In The World
Interesting Facts
299 views
59:48 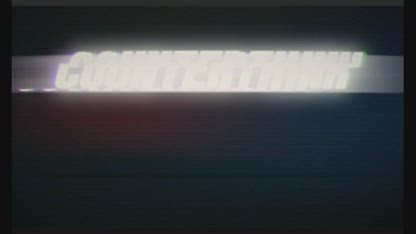