War Room
Published a month ago |
A loaded and extended Infowars War Room broadcast today that covers the latest in the Hunter Biden laptop, Joe Biden pay for play scandal. The Democrat October surprises have all been revealed and flopped, including a salacious fake news attack against Rudy Guiliani that has been completely debunked. Jacob Engles joins the broadcast to break news about middle eastern countries posing as Proud Boys to spread fake news which would soon after be confirmed by FBI. President Trump’s rally in North Carolina has massive turnout while Obama in Philadelphia has almost no turnout whatsoever. All that and more with the breaking news from today. Our healthy and delicious storable foods are now available with the shortest lead time we’ve had in months! https://www.infowarsstore.com/health-and-wellness/food?ims=nmudw&;utm_campaign=foodbis&utm_source=brighteon&utm_medium=Text+Link&utm_content=foodbis
Keywords
War RoomOwen ShroyerInfowars

The views and opinions expressed in this video do not necessarily represent the views of Brighteon or its affiliates.
Related videos
12:23 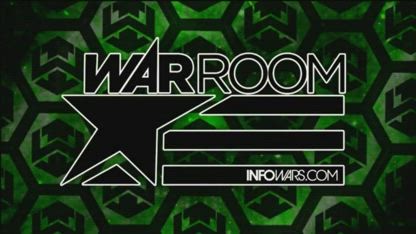