UFO Sky Watcher News
Published 2 months ago |
UFO Called Jupiter by Fake News! What is scripted Fake News media trying to hide? Is a pre-positioning Project Blue Beam the reason for calling a UFO "Jupiter." Why the camouflage? Why the smokescreen? Jupiter is 14x brighter than Saturn and this UFO is equal to or greater than Jupiter brightness. Let no one deceive you. (Captured on video 2020-08-29 in western Canada) NOTE: All video platforms - Brighteon included - render 1080HD videos down to 720 for storage. This is near death for smaller details on UFOs. Sky watcher News looks forward to the day when video platforms will give the option to stay at 1080HD. The details in the above UFO video are much clearer in the original 1080HD.
Keywords
Project Blue BeamUFO newsJupiterUFO HunterUFO WatchUFO UpdateUFOFake NewsNASA

The views and opinions expressed in this video do not necessarily represent the views of Brighteon or its affiliates.
Related videos
14:15

Will TARIFFS on China affect the pricing of FOOD and supplements?
Health Ranger Report
260 views
5:15 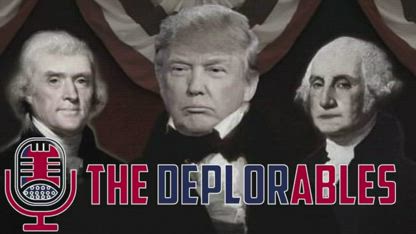