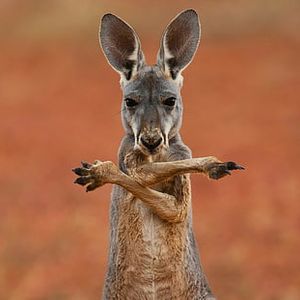 We Stand Together
Published Thursday |

It’s one’s duty in Creation on Earth to expose Evil not to conceal Evil or to ignore Evil, because “Upper Intelligence Agencies creating a Satanic theocracy”: https://www.bitchute.com/video/cxTUkHNmeRmt/ and, this is why Intelligence Agencies and Governments illegally force we/sovereign people of Earth, to comply with their Evil agenda against Creation when they have knowingly violated our God given rights to choose our own paths in Creation on Earth.

Australia's Government is null & void - NO Constitutional authority to govern for the last 49 years: https://www.bitchute.com/video/KzsD83hscgtu/ changed Constitutional wording in 1973 without a referendum - removed “the Commonwealth of” and violated the 1970 Invoking: https://harold-holt.net/ website.

DR Andreas Noack was murdered after his video exposed graphene hydroxide in the covid vaccine: https://www.bitchute.com/video/0mybpauVvUBe/

hoax vaccine is not a drug. it’s graphene-based nanotechnology “not declared and no authorisation”: https://www.bitchute.com/video/RsQRlkkZ7kc3/

Satanists Run The World and I Was A Strawman for them all in the World Financial Structure: https://www.bitchute.com/video/VqgPpNpKxw9J/

WHOM ... Does the Pope really serve?: https://www.bitchute.com/video/sYAMlniyhcUy/

All Agendas on Earth after 1970 Invoking are in defiance to creation, because Intelligence Agencies, Military, Governments are accountable through 1970 Invoking after I, as a Navy Diver withdrew from the game after clandestine act under age when they violated the authority of signed law document - referred to as the authority of the god’s document under the Commonwealth of Australia and its Constitution and they were already accountable for alien technology in me and on Earth as my ct-scan shows on my: https://harold-holt.net/ website along with all my affidavits of evidence I hold.

and, Australia’s Parliament Attorney General administrate the authority of my Security order and my Protection order for MJ-12, the Controller on Earth they all violate, “whose in charge of the authority of the god’s document I hold over me, under The Commonwealth of Australia and its Constitution.”

Wake up: UFOs are a Demonic Deception – they are Demons harassing humans pretending to be Alien: https://www.bitchute.com/video/yRjvlNYIB5Ma/