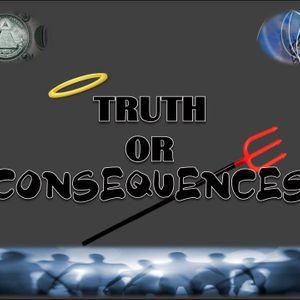 Truth or Consequences
Published 2 years ago |
Lisa Shaw, a local radio host with BBC Radio Newcastle, has died at age 44 of a blood clot in the brain, shortly after she received the AstraZeneca coronavirus vaccine.
BBC Radio Newcastle announced Shaw’s passing in a tweet on Sunday, with the station saying that everyone there was “devastated” by the award-winning host’s death on Friday. “She was a brilliant presenter, a wonderful friend and a loving wife and mum,” the tweet added. On Thursday, Shaw’s family revealed that the BBC host, who had no pre-existing conditions, had in fact taken the AstraZeneca vaccine, and developed “severe headaches” a week after, which degenerated into a blood clot on the brain.

“She was treated by the Royal Victoria Infirmary’s intensive care team for blood clots and bleeding in her head. Tragically, she passed away, surrounded by her family, on Friday afternoon,” the statement from the family said. “We are devastated and there is a Lisa-shaped hole in our lives that can never be filled. We will love and miss her always. It’s been a huge comfort to see how loved she was by everyone whose lives she touched, and we ask for privacy at this time to allow us to grieve as a family.”

The “fact-of-death” certificate from Newcastle senior coroner Karen Dilks confirmed that there will be an investigation into Shaw’s death, with a possible factor of her death being “complication of AstraZeneca Covid-19 virus vaccination.”

The Medicine and Healthcare Products Regulatory Agency (MHRA) said that they were “saddened” to hear of the BBC host’s death from the blood clot, and that “as with any serious suspected adverse reaction [to the AstraZeneca vaccine], reports with a fatal outcome are fully evaluated by the MHRA, including an assessment of post-mortem details if available. They added that their “detailed and rigorous review into reports of blood clots occurring together with thrombocytopenia is ongoing.”

Last month, the UK, along with other European countries, recommended that people under 40 are offered an alternative to the AstraZeneca vaccine, following the reports of the deadly blood clots. At the time of writing, there have been 332 reported cases of the cerebral venous sinus thromboses (CVSTs) related to the vaccine, and 58 deaths in the UK. The CVSTs are an extremely unusual type of blood clot, due to the low levels of platelets, which usually constitute a clot, seen in the victims.