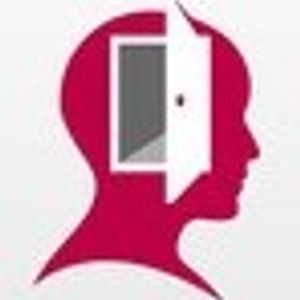 Unshackled Minds
Published 2 years ago |
Philip Schneider (April 23, 1947 - January 10, 1996) was an engineer, geologist, and lecturer on Dulce Base & Deep Underground Military Bases (DUMBs).
He had been on lecture tour for less than two years, prior to his death, speaking out about government cover-ups, black projects and the UFO/ET phenomena.
His motivation to speak out in public, came after the US government dark projects murdered his friend, Ron Rummel (Publisher of Alien Digest) in September 1993, and a bit of prodding by Al Belick of the real Philadelphia Experiment. He told the world he played a role in the construction of several Deep Underground Military Bases (DUMBs) across the United States, and as a result he said that he had been exposed to classified information of various sorts as well as having personal experiences with Extra-terrestrial Biological Entities (EBEs).
He also survived the Dulce Wars against Aliens, and thus decided to go public in hopes it would protect him from being murdered too. He died from SUICIDE BY ILLUMINATI on January 10, 1996, after a series of several public lectures he gave in late 1995 on topics including the Illuminati, the New World Order Agenda, Dark Projects, the Deep State, Black Budgets, underground highways & magneto levitation trains the connect all the DUMBS and underground alien bases on earth.
Furthermore, Dr. Karla Turner (a UFO/ET abductee that was also speaking on public tours was murdered on that exact same day). The main thing to get out of this video is the New World Order and the Alien Agenda ARE THE SAME THING. Our earth is run by non-humans, and most of government & military work for these beings. Also, NEVER FORGET that "Real Heroes" are killed by the government dark projects, are discredited in all ways possible, and none of them have their birthdays celebrated with holidays. True Heroes are remembered by their dates of murder, fake heroes are remembered by their dates of birth.

Note: The Earth is definitely Flat & aliens/UFOs are definitely Real. If you are not fully awake to both of these Truths, then you are not yet CONSCIOUS. What real Truthers now are doing is digging into the connecting dots. Are the ETs all inter-dimensional beings and/or is the earth located on an infinite plane with many more worlds out past the ice walls? Don't be a half awake flat earther that thinks ETs/UFOs are not real, and don't be a half awake ufologist that thinks we live on a spinning ball hurling through outer space. Time to FULLY WAKE UP people & stop fighting each other!!! Follow research, not people.

Thank you for taking the time to research, using your own judgement and discernment regarding any news and information that is presented to you. Critical thinking is needed now, more than ever.
If you are reading this, just know that you're not alone. The sleeping giant, that is The People are waking up in masses around the world.
Stay safe. take care and know that you are the resistance.
Please share this information with everyone you know.
Visit Us at https://unshackledminds.com/
Keywords
aliensufonwodumbarea 51deep underground military baseslos alamosblack projectss4dulcephil schniedersecret underground bases