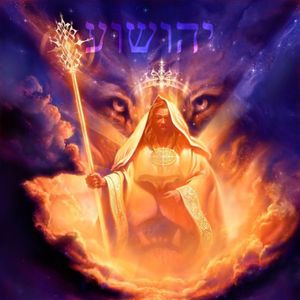 Do not merge with A.I.
Published 3 years ago |
This video is from Amightywind Ministry. Link to the source: https://youtu.be/zxxR8h9Z4RU

URGENT PRAYER NEEDED: I ask in YAHUSHUA'S Mighty Name for all AMIGHTYWIND Holy anointed men to come forth, to cover this Ministry and I in prayers as well as all the workers of this ministry. We ask for all prayer warriors to cover everyone who is a blessing to this Ministry and blessed by it in 4 different ways.

DO NOT HARM MY BRIDE! I DO NOT ABUSE MY BRIDE! WOE be unto anyone who touches the hair of the head of MY BRIDE! Do you not know? It is MY Anger, MY Rage, MY Fury that keeps hell ignited! This day the flames have only grown hotter! Do not harm MY Babies, Bride, MY Chosen Ones & Elect! WOE be unto this world! To call evil what I call Holy! WOE BE UNTO THIS WORLD! Woe! Woe! Woe! It is not gonna’ [going to] be long now. This world is gonna’ [going to] to feel MY Fury! And it will not just be the Foot stomping of ABBA YAHUVEH—but it will be I YAHUSHUA & IMMAYAH! Stop testing! Stop testing MY Patience—how far you can lean over hell and not fall in—STOP TESTING ME!

Now Prophecy 126 live and in real time as it came forth—with both Prophets, Ezra & Elisheva, speaking in “Holy Tongues,” as GOD’S SPIRIT gives utterance (Acts 2:3-4) of heavenly or earthly languages (1 Co 13:1). Ezra begins prayer with intercessory tongues (Ro 8:26-27; 1 Co 14:15). Elisheva speaks in tongues bringing Prophecy (1 Co 14:6). YAHUVEH GOD anoints him powerfully to protect and cover her, and stir up the Anointing to Prophesy.

The following is their blessed, anointed conversation on April 12, 2006, leading up to fiery Holy tongues against YAH’S enemies, and Prophecy 126 coming forth.

Elisheva had been under such spiritual attack, persecution and abuse, she didn’t know if she would every prophesy again. It took this anointed Prophet from Israel raised up by YAHUVEH GOD to mend & heal the shattered wings of this butterfly Elisheva and release her in the spiritual realm—all in the name of YAHUSHUA HA MASHIACH.

Witness how YAHUVEH had already joined 2 Anointings together as one. Witness how the Anointing flows between them. Witness the love YAHUSHUA has given them for one another. We apologize for any difficulty hearing Elisheva’s voice. The Prophecy begins at 7 minutes.
Keywords
amightywindamightywind ministryelisheva eliyahuezra caleb