Echoes1
Published 9 months ago |
EchoesOfEnoch.com
Approaching the New Year most people have given a sigh of relief that the BP oil spill was finally over and hopefully we dodged a bullet from an ecological disaster if you were to believe the press.

Then for a New Years surprise, we had dead birds falling from the skies in Arkansas with the next day dead fish washing up shore on a river nearby. Some had quoted Hosea 4 as being a related scripture of judgment in reference to this event.

As I searched into this more I was amazed that this was a global experience. Birds and fish all over the world were washing up on shore and dropping from the skies. All along the east coast, South Americas east coast and even England. I remembered the gulf spill and thought that this may have something to do with these dead fish. I came across some material about the cortex used to get rid of the oil. It seems this is a synthetic biological bacteria that was created to eat hydro-carbon molecules. Since all life is carbon based it has run a muck engulfing any and all life forms in the ocean. They have even given it the name Synthia since it is acting like a sentient being. If this was a proper connection, how could that be related to the birds.

In Arkansas at the very moment these birds dropped from the sky local radar picked up a mile wide anomaly on the radar. An object or hole appeared. This reminded me of the technology of HAARP so I searched in that direction. A global map of dead birds and fish revealed that many were dying off on the Asian and Australian coast as well. This area for that close proximity of time could not be related to the gulf spill. Another map showing all HAARP technologies stationed over the globe match exactly to the birds an fish killings. I knew from my college background that birds and fish navigate by their sensitivity to the magnetic fields around the earth setting their bearing on magnetic North. Could HAARP be used to change the magnetic flow causing weather patterns to change as accused by many?
EchoesOfEnoch.com
Keywords
Mass Bird DeathsAnimal Deaths Mass fish deathsEnd TimesProphecyBible

The views and opinions expressed in this video do not necessarily represent the views of Brighteon or its affiliates.
Related videos
9:34 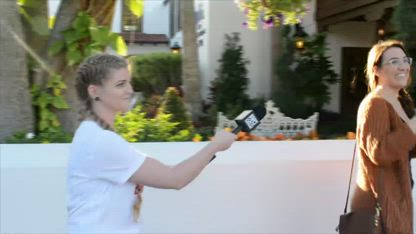 DISABLED MILITARY VET JIM BOERNER LOST HIS HOUSE FOR NOT PAYING $236 IN BACK TAXES!!!
The Free American Press
184 views