The Pete Santilli Show
Published a year ago |
Shop nowDonate
Horowitz informed Attorney General William Barr on Friday that he had completed his probe. "Earlier today, Department of Justice (DOJ) Inspector General Michael Horowitz notified Attorney General William Barr of the completion of his investigation into possible abuses of the Foreign Intelligence Surveillance of Act (FISA) by DOJ officials during the 2016 presidential election," wrote Collins, who called on Nadler to invite Horowitz and FBI Director Christopher Wray to testify after the report has undergone Judiciary Committee review and then made public. "After the DOJ has a chance to review and comment on the report, it will be sent to the Judiciary Committee and made public," wrote Collins.


GUEST BEVELYN BEATTY: After hearing men preaching all day, the feminists demanded a woman preacher. So, they got one. Bevelyn Beatty ( Bee Bee) from NY City got up and delivered 8 minutes of annointed, powerful truth from God's Word. I literally SAW the Truth hit target & impact the feminists standing there. They listened! They had to! She was a black woman, full of the Holy Spirit, and she had their attention. It was God. She spoke a strong word to them at first. Remember, they had wanted a "woman preacher. " Bevelyn gave the bad news & the Good News, that they can be saved from their sins. The red caped Handmaid's Tale women (witches?) came & gathered around Bevelyn and tried to cast a spell on her, but she's covered by the blood of Jesus, & they all very quickly exited after that. The live video has been shared over 9,300 times!🔥🔥🔥

The views and opinions expressed in this video do not necessarily represent the views of Brighteon or its affiliates.
Related videos
4:08 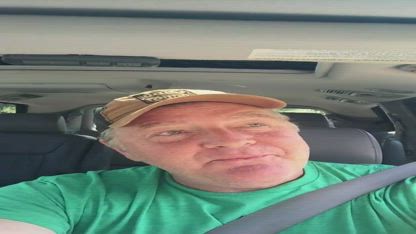 COLLEGE IS A SCAM!
THE CONSERVATIVE ELITE NETWORK
345 views
7:18 The Most Important Video You Will Ever Watch !!! ~ SHARE ! ~ Silence is NO LONGER AN OPTION
What is happening
390 views